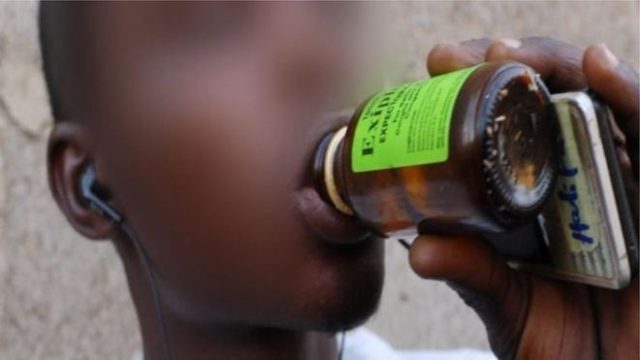 Monday, 2nd May 2018 is a day that would remain in the consciousness of Nigerians for a long time to come. It was the day the BBC documentary ‘Sweet Sweet Codeine’ was released further opening our eyes to the magnitude of use and the players involved.  Despite the explosive nature of the documentary, Nigerians had long been awarethe nation had a drug problem looming.

The current reality of the nation is that it is no longer a transit route for illicit drugs but a major consumer. Records from the United Nations Office on Drugs and Crime (UNODC) show that in Africa, Nigeria has the highest previous year use of cannabis and the 3rd highest for cocaine and opioids. Codeine is an opioid in the same chemical family as heroin. Often prescribed as a pain relief agent, it can cause euphoria if taken in large quantities ultimately leading to addiction, mental health problems, convulsions and organ damage.

Adolescents and young adults have long been known to be at high risk for substance use because of the need for experimentation during this phase of life. Experimentation leads to continued use in the face of availability of drugs, poor family cohesion, poor supervision, peer’s use of substance, adults using substance within the vicinity, emotional distress, desire to remain awake at night and portrayal of use in videos among others.

The toll of substance use on families, communities and the nation at large is a heavy one. It leads to increased psychiatric disorders among those using and it can lead to physical disorders affecting the liver and kidneys. HIV infection is of particular worry in this group because of unhealthy needle sharing practices. Social complications such as marital discord, unemployment, decreased productivity, crime and road traffic accidents are closely linked to drug use in the community.

In the midst of the gloom though, there is good news. Drug abuse is preventable and drug addiction is treatable. The government and the society need without further ado to accept the fact that the country has a burdensome drug use problem that will affect generations to come if active measures are not taken to arrest the trend.

The ban on codeine is a timely and commendable one as this will drastically reduce supply. Beyond the ban however, the government should approach a holistic approach to the issue. It should be prepared for the switch to other readily available drugs, empower its law enforcement arm as it applies to illicit drug use vis-a-vis apprehension, reprimand and rehabilitation of those involved in the trafficking and use of drugs.  Specialised facilities need to be built across the nation to cater to the unmet need for professional rehabilitation of drug users coupled with training of personnel needed to man these facilities. Other stakeholders such as doctors, pharmacists, nurses should be engaged in the formulation of a national plan on drug use

The most visible efforts to reverse the trend of drug use in Nigeria may well be in the hands of parents. Parents need to model positive behaviour for their children to emulate;they should build strong and resilient relationships with their children. Being involved will alert them to any changed behaviour which can then be tackled immediately. Children should be educated about drugs and their ills early enough, and they should be supervised adequately. While not breathing down their necks by the second, parents should always know where their children are, who they are with and what they are doing. Children should be encouraged to take on healthy extracurricular activities which will decrease the need and time to engage in drug use. Parents should seek help immediately they suspect their child has a drug problem.

Together we can all make Nigeria a drug-free nation.

Dr.AishatuAbubakar-Abdullateef is a Psychiatrist/ Child and Adolescent Mental Health Specialist and can be reached on psyaisha@gmail.com