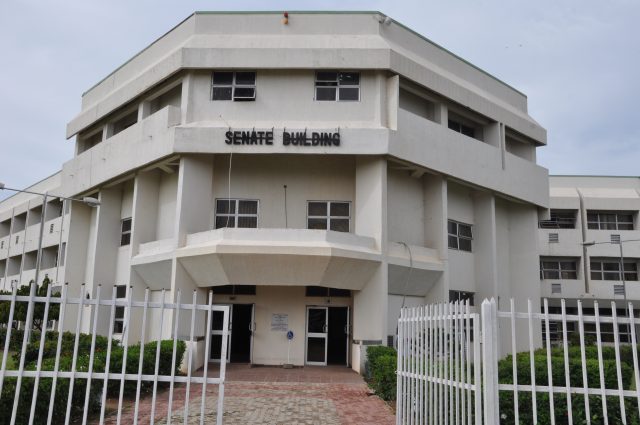 The main objective of establishing this special and unique institution with towering credentials is to add impetus to the Nation’s drive for the much-needed self-reliance in science, engineering and technology. FUT, MINNA has become a central actor of scientific and technological change in Nigeria through cutting-edge training and manpower development. For over 34 years of its existence, the University has been a critical source of equalisation of chances as qualified staff and students are drawn from every part of the country, irrespective of tribe, social status, religion, and political idiosyncrasy. The foundation of the university is anchored on the principles of fairness, justice, equal and competitive opportunities to all Nigerians who desire to access quality education in sciences, engineering and technology.

Although, FUT, Minna is a university where knowledge of science and technology is accentuated, demonstrated and established, the University has evolved beyond the traditional role of teaching and researching. It has incorporated an entrepreneurial component of education by establishing a workable template that helps to create a mutually beneficial relationship between the world of science and the business world. The University is conscious of the fact that a university should not only serve as a fountain of knowledge; it should be seen to be responsive to problems and challenges that are faced by the society. Hence, in addition to the teaching and knowledge production functions, FUT, Minna has incorporated the third mission, by directly contributing to the economic development of the country. To achieve this goal, the university has established different Centres and Directorates, with specific mandates. Notable among them are: Directorate of Research and Development (DRID), Centre for Genetic Engineering and Biotechnology (CGEB), Centre for Open Distance and e-Learning (CODeL), Centre for Disaster Risk Management and Development Studies (CDRM & DS), Centre for Human Settlement and Urban Development (CHSUD), West African Science Service Centre on Climate Change and Adapter Land Use (WASCAL) among others. With these Centres and Directorates, FUT, Minna has become a good example of an entrepreneurial university, a culture that has not been well entrenched in the university system in Nigeria and Africa.

The well-established connection between the research efforts of the University and the society has drawn the attention of government and non-governmental bodies to the University. In 2015 for instance, one of the seismic monitoring stations in the country was commissioned in the University as part of the Federal Government efforts toward reducing hazards associated with natural disasters, such as flood, earthquakes, landslides and erosion. The seismic station was brought to the University through its Centre for Disaster Risk Management and Development Studies (CDRMS & DS). The Centre for Disaster Risk Management and Development Studies (CDRM & DS) is a training, research and development unit which was established in June 2009, following a Memorandum of Understanding (MOU) between the National Emergency Management Agency (NEMA) and the University. The establishment of the Centre is part of the global efforts to reduce the risks of natural and man-induced disasters that are threatening the sustenance of development efforts. Interestingly, the Centre, in 2014 won a National Emergency Management (NEMA) consultancy contract and also secured a partnership deal with the Disaster Resilience Leadership Academy of Tulane University, USA. The initiative, sponsored by the Bill Gate Foundation and the World Bank, was to conduct training and workshop on Disaster Resilience.

FUT, Minna is an institution that is genuinely committed to the highest ideals of intellectual introspection and scholarship, and has demonstrated prowess in keeping academic traditions. The University is far ahead of others and has continuously dispensed efforts and commitments in ameliorating the technological challenges of the country through cutting-edge researches and manpower development. The University is reputed as the first university in Nigeria to produce the first carbon nanoparticles. The production of carbon nanoparticles would go a long way in assisting drugs delivery, fuel cell technology, solar energy development, new high performance material, improved molecular sieve as well as various bio-medical genetics and electronic advancement. The research which was conducted by the Centre for Genetic Engineering & Biotechnology of the institution was laudable owing to the fact that no institution in the country has recorded such a rare breakthrough.

Basically, there are two sources of funding available to the institution: Government sources and non-governmental sources. Government sources come in form of capital, recurrent and special grants. No doubt, for the University to remain the best specialised university in Nigeria, in line with the dreams of its founding fathers, the management explores alternative sources of revenue. The University, for instance, cultivates mutually beneficial relationships with private organisations, international organisations and through internal arrangements such as running commercial activities in order to boost its internally generated revenues. For FUT, Minna, proceeds from school activities such as commercial activities, scientific breakthrough, consultancy, part-time programmes, staff exchange programme, loans, scholarship, and donations from alumni and philanthropists are considered as non-governmental sources. However, the revenue generated from these efforts cannot be compared to what the University requires to sustain her lofty dream of not only being the best in Nigeria but to become the pride of Africa. One of the challenges before the newly appointed Vice-Chancellor, Professor Abdullahi Bala therefore, is how to expand and consolidate on the existing revenue base of the university.

Through prudent, transparent and judicious use of scarce resources, the institution under the leadership of Professor Musbau Adewumi Akanji, FAS, FNSBMB, has earned the confidence of governmental and non-governmental bodies. The upsurge of social amenities such as hostels, halls, office structures and lecture theatres on the permanent site of the university, are proofs that he has positioned the institution for even greater support. A quick tour round the campus will reveal that the university has enjoyed massive infrastructural interventions from the government through TETFund. For instance, there is an Academic Publishing Centre which is owned by TETFund but located on the University campus. This Centre services the whole of North Central Zone of the federation. Also, through TETFund interventions, the academic facilities of the institution have been upgraded. The School of Agriculture Phase Two, Engineering workshop, Examination centres of the University are evidences of TETFund intervention. This is apart from equipment, instrument in various laboratories, digitalization of the university library and purchase of e-resources.

According to Professor Akanji, “without TETFund public higher institutions in Nigeria would have gone into oblivion.” FUTMINNA is therefore proud to be associated with TETFund. Through his administrative acumen, within five years of his administration, Professor Akanji has transformed the University from a mere university of technology to an institution that has become the pride of the nation. Today, the success story of FUT, Minna has brought about a renewed hope that very soon, Nigeria will depend less on imported solutions to her technological challenges.

The administration of a world-class university like FUT, Minna requires leaders who will bring not only the traditional values and experiences of higher education, but also result-oriented, alternative leadership experiences. Fortunately, the University is at the moment blessed with responsible and responsive leaders who will not only sustain the university present status, but will broaden it until the institution becomes the pride of Africa. The combination of Professor ‘Femi Odekunle, the Pro-Chancellor/Chairman of Council and Professor Abdullahi Bala, the newly appointed Vice-Chancellor, can best be described as providential. FUT, Minna is indeed in safe hands!!

Professor Odekunle, has over the years built a reputation of a bold and radical scholar, and his legacies as a former Head of Department and Dean of the Faculty of Social Sciences of the Ahmadu Bello University, Zaria are enough qualifications for him to serve as a competent Pro-Chancellor/Chairman of Council. As a radical and selfless professor of criminology, and a member of the Presidential Advisory Committee on Anti-Corruption, he will no doubt add gusto to the dispensation of justice in the institution. Also, as a no-nonsense man of uncompromising principles, students and staff of the university are sure of equity, justice and fairness.

As the Pro-Chancellor and Chairman of Council, Prof. Odekunle recently proved his leadership mettle in the appointment of a new Vice-Chancellor, a process that has been widely applauded and adjudged as the most open, credible and transparent in the history of the University. He has promised to consolidate on the existing structures and to move the university to a greater height. According to him, “my mission as a tenured Pro-Chancellor, is to improve what is on ground and in the process of doing that, I have to ensure right things are in place, the academic standard and the administration of the university are built on integrity, openness, fairness and that due process is followed along with proper input of common sense in running the university and making sure that things go well.”

The newly appointed Vice-Chancellor, Professor Abdullahi Bala whom Professor Akanji described as “young, smart, full of energy” has been a committed staff for 27 years and has occupied many positions of responsibility within and outside the University, including being the Deputy Vice-Chancellor in charge of Administration, and later Academics. He has promised to “embrace all and sundry with no distinction to ethnicity, religion, gender or political affiliation.”

Indeed, to whom much is given, much is expected. Students and staff of the Federal University of Technology, Minna and indeed, Nigerians are watching with keen interest, to see what difference Professor Bala will make. The task ahead of the new Vice-Chancellor is no doubt herculean, but our hope for a bigger and better FUTMINNA grows in splendour when we reflect on the character of those at the helm of affairs.