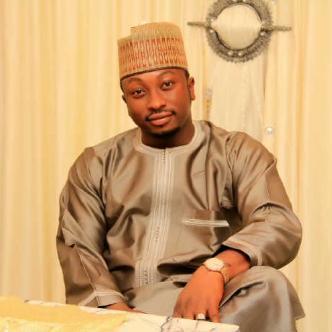 The optimal goals of the legislative arm of government are commonly centered around passing laws, developing new policies, and making changes to existing laws based on the interests of lawmaker’s constituents. Such laws or policies usually must be a propeller for social and economic development of the people.

Indeed, the essence of the legislature also includes but not limited to making sure dividends of democracy are brought at the doorstep of the common man. In Nigeria, Kogi state specifically, one lawmaker is putting endless smiles on the faces of his constituents through several completed and ongoing projects, youth and women development initiatives, thus changing the old ways of doing legislative business in Kogi state.

Since his historic victory at the polls in 2015 to represent the good people of Ankpa one in the state House of Assembly, Hon. Ahmed Mohammed performances has surpassed the expectations of many including his diehard critics. He has since became a prominent voice in the House with no less than eleven (11) motions moved and three (3) sponsored bills to his credit.

A motion is a formal way a member can propose for something of urgent public importance to be addressed as it concerned his constituency in particular, and the state as a whole. Hon. Ahmed Mohammed has painstakingly moved no less than 11 motions on the floor of Kogi state House of Assembly so far making him the first in the history of Ankpa one state constituency to reached this feat within thier first tenure.

The dilapidated state of roads in Kogi state particularly Ankpa local government area has been a constant nightmare for commuters due to gross failure on the part of the authorities responsible for repairing these roads, thus disconnecting over 30 communities in Ankpa local government from development. In his effort to reverse these ugly trends and have all the bad roads fixed for common good, Hon. Ahmed Mohammed moved a motion on the floor of the House calling on the state government to revisit, among others, the abandoned Ankpa township road projects previously awarded by the past administration of Capt. IdrisOchala Wada.

The workaholic lawmaker’s love for road infrastructures didn’t stop here,  he further went in to moved another motion for state government to come to the aid of Abache, Okenyi, Ojibogo, EjinyaEfofe, and Aguyaya communities all in Ankpa local government area. He further moved another motion for state government to as a matter of public importance address the prevailing menace of erosions as it’s consequential effects go beyond the lost of farms and fertile lands. Erosion can lead to shortage of food and underdevelopment.

For years, Ankpa 1 constituency and indeed Kogi state as a whole has been a perennial byword for nonfunctional education sector. That is why during the 2017 budget defence with the state ministry of Education Science and Technology, the then Chairman standing House committee on education, and member representing Okehi constituency, Hon. AbdulkareemKakere described as ‘shambles’ the state of education in Kogi state.

With 3.56billion projected for education in the 2018 budget, Hon. Ahmed Mohammed seeks to tap into this opportunity for effective, accessible, and affordable education service delivery for his constituents, and the good people of Kogi state. This burning desire  propels him to moved three critical motions on the floor of the House. One of the motions he moved, includes calling on the state government to declare a state of emergency in all public schools hitherto duped functional in Kogi state. From Community Secondary School Agassa to Comprehensive College Aye-Obede, from Odagba Community School to Opulega-Ankpa Community Grammar School, the story has been an aphorism for a failed system in urgent need of a total overhauling.

In order to ensure an efficient, and up-to-date delivery of vocational and technical education in Kogi state, Hon. Ahmed Mohammed took a bold step to moved another motion calling on the state government to rehabilitate, equip, and ensure proper functioning of all Vocational and Technical Colleges in Kogi state.

Mindful of the fact that Ankpa one constituency have students who are passionate about education, but may find it difficult to achieve their dreams due to financial challenges, the caring Lawmaker has, on 26th July, 2017, flagged off “Back To School Education Support Initiative”, an education support project to help revive the dreams of less privileged children in Ankpa local government. So far, More than 50 less privileged students have benefited from this initiative.

No leader worth his salt will meet a dysfunctional health sector and pretend all is well. For Hon. Ahmed Mohammed, the health and well-being of his constituents, and indeed the good people of Kogi state, is of paramount importance.That is why during one of the House plenaries, he boldy moved a motion calling on the state government to as a matter of urgency intervene in the operations of Ankpa zonal hospital facing infrastructural decay, lack of life-saving medications and drugs, inadequate water supply among other inhibiting obstacles. On February 28th, 2018, the relentless Lawmaker went on to sponsored a bill for a law to make provisions for the establishment of Celuke College of Health and Technology, Ojiapata.

The Honorable Member also extended his midas touch to Ogaji Primary Health Care (PHC) centre where it was upgraded, rehabilitated and provided with office furniture and medical equipments with focus on bringing access to quality healthcare services closer to his constituents.

Hon. Ahmed Mohammed has also, on numerous occasions visited the sick at different hospitals, cleared their medical bills, sponsored full surgical procedure of patients even beyond his immediate constituency.

Again, the outbreak of Hepatitis C (HCV) virus in some states made the Hon. Member to moved another motion calling on the state government to begin sensitization and immunization against the virus in the state.

One of the most significant sign of underdevelopment in any community is lack of portable drinking water. It’s absence means the community rely on unhygienic water for their daily uses. This scenario can result in an outbreak of dangerous infections like cholera epidemic. To forestall the occurrence of cholera outbreak and ensure that the thirty plus communities in Ankpa one constituency have portable drinking water, Hon. Ahmed Mohammed flagged off “Water-For-All” project aimed at linking all communities under his constituency with motorized boreholes. So far, the construction of motorized boreholes has been completed in Ankpa-Taiwo, Ankpa-Oturko, Ugolo-Ochinobi, Ikanekpo and ten (10) other communities from the five Wards in Ankpa one constituency.

For Honourable Ahmed Mohammed, unemployment problem which hitherto inhibits development and encouraged docility among the youths in Ankpa local government, is best tackled through skills acquisition and entrepreneurship programmes. This is why on 1st March, 2018, the Honourable Member sponsored a bill for the establishment of Kogi state youth development commission.

Faced with the foregoing, the Hon. Member introduced “AHMED MOHAMMED SKILLS ACQUISITION AND ENTREPRENEURSHIP SCHEME” to help contribute to the economic uplift of Ankpa youths by providing them with vocational skills acquisition training. So far the programme has enrolled over 200 youths in various categories which includes tailoring, ICT and computer engineering, catering services, fabric making, and soap making among others to help make Ankpa youths self-reliant and boost their economic status.