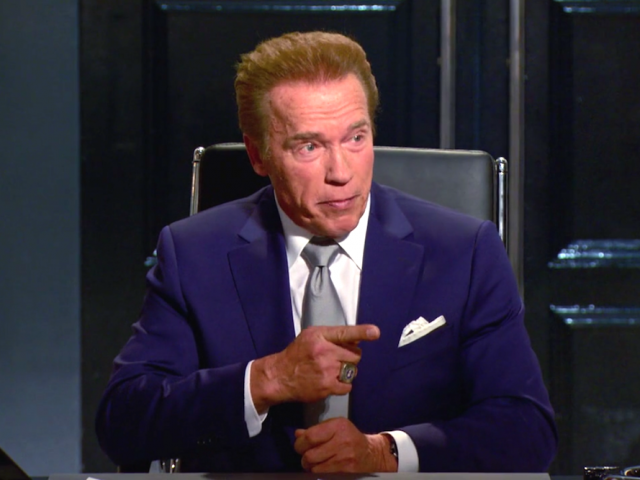 The famous actor Arnold Schwarzenegger (The Terminator), who later became Governor of the State of California, USA, posted a picture of himself sleeping in the street under his famous bronze statue, and wrote sadly (“How times changed”).

The reason he slept there and wrote the sentence was not only odd to many but intriguing. Some thught he was a nut or in the usual joking mood as a famous actor, though rare.

Then a journalist took a bold step to approach him and ask why he was sleeping in the public glare when he could have afford all the comforts inside his home or better still in the hotel.

Do you know what he found out?

Arnold Schwarzenegger told him that he was not a nut neither too old to forget his senses and propriety. He was neither catching his fun, but rather making a statement of life.

He recalled that when he was the Governor of the State of California, he was invited to officially open the massive multimillion dollar hotel where his statue was placed in front of it in his honour.

He noted further that the hotel management publicly declared at the opening ceremony that “at any time you come back, you will meet a room reserved in your name that will be placed at your disposal free of charge.”

He said he never came back while in office. However years later he recalled those promises after leaving office and decided to come back and spend a time in the hotel either for free or at paying cost. However what he discovered on arrival is that the hotel administration had refused to give him a room arguing that the hotel was fully booked, even when he was ready to pay. He therefore decided to place a cover under the statue and sleep.

Arnold Schwarzenegger asked the reporter to send this message of reflection as a lesson to those in position of responsibility thus:

“When you are in a position, people may be  praising you. Don’t let it get to your head or your heart. Be yourself and don’t get carried away. Even if they mean to be true and sincere, check yourself that you have not exceeded your limits.

Be sure that you are doing what is right and what is good. Don’t place any expectation on others and don’t look away at your friends and family or make enemies for yourself. Let your door be open to everyone and open your mind to anyone making a point. They may be your guardian angels. No one knows it all.

Remember that your position is for a while. The people who surround you to seek your favour may even forget you sooner than you can remember. Those who spent time with you are no exception. You may be lonely someday. Even some of the people you helped may eventually loath you.

Remember, what you have to your name is your good works. The legacies that you left in the sands of time. That is what will speak for you. Do not assume that every word spoken to you in office will be kept as a promise in future.

Do not trust your position, name, power, money, fame or intelligence as a magic to open doors in future. Only trust in your good work and legacies because nothing last long in life but death.