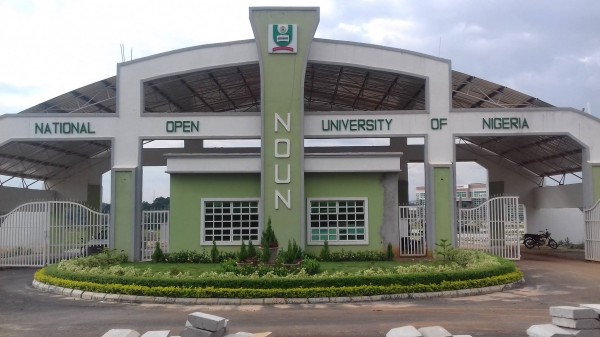 If you are an aspiring undergraduate or postgraduate student in need of exceptional academic grooming geared towards meeting the standards of global excellence, there are several factors to consider when choosing the right institution to study. It’s quite essential that you go for the university with most if not all the necessary features required to help you reach your lifelong goals.

In Nigeria, One university has been the frontrunner in the way education and skills needs of Nigerians of all walks of life are being delivered in a more flexible delivery system beyond the capacity of conventional universities. This university is no other than the National Open University Of Nigeria also known by her acronym as ‘NOUN’ which was originally founded in July 1983 by the visionary leadership of President ShehuShagari, the first executive President of Nigeria, and was resuscitated 2002 to become fully operational open distance learning institution by President OlusegunObasanjo’s led administration. The mission is to offer a model of highly flexible, easily accessible, cost-effective education adequate for adapting and flourishing beyond the 21st century.

Since it’s inception as the first fully operational university of open distance learning in Nigeria, NOUN has distinctively positioned itself as not only a genuine but also a unique learning institution with many features not always found in conventional universities. The question that is probably tweaking in the mind of the reader is ” what is the uniqueness of the National Open University Of Nigeria?”

One of the most common uniqueness of the National Open University Of Nigeria is in terms of its students capacity. NOUN has the capacity to enroll WHOEVER is eligible without any form of discrimination, religious or regional bias. It aimed at providing education at the doorstep of every Nigerian through a more opened way beyond normal classrooms education as obtainable in conventional universities. As at 2016 alone, NOUN has about 455,837 students in different study centers across the length and breadth of Nigeria. Having these study centers spreads in nearly all part of the country provides options for interested Nigerians to choose a convenient study center from.

With about 104 study centres in the country and more still coming, the National Open University Of Nigeria has succeeded in building a border-less institution of learning where students are free to study at, or change their study centres especially in case of job transfer, relocation, or migration etc.if, for instance, as a student of NOUN university you are transferred to another state by your employer, you have nothing to worry about. You can study and write your exams anywhere in the country. All you want is just an introduction letter from your study center to where you want to write the examination. With NOUN it’s possible to study at Lagos study center but choose to write your exams at Kano study center.

To be able to survive in a conventional university, you must be physically present during lectures, presentations, and any other assignment that required physical presence. Conversely, NOUN provides you with ample time to study from home and within the pace your other engagements permit. The use of various computer-based technological tools to facilitate student-teacher and student-student communication has successfully rendered physical separation between students and teachers during instruction less important.

Another unique feature of NOUN not found in conventional universities is this, you don’t know who will mark your exams script, so you can’t go and bribe the lecturer in case you didn’t perform well. This is perhaps why NOUN, as the largest open distance learning institution in West Africa, was able produced exceptional graduates from excellent academic programmes who can meet the specific needs of all sectors of the global economy, be it in the field Arts; Health; Law; Physical, Social, Agricultural and Management Sciences.

Finally, it is imperative to note that former President OlusegunObasanjo under whose watch the NOUN was fully revived in 2002, is currently the first Ph.D. student ever produced by the university having completed his doctoral study in Christian Theology alongside 14,769 other graduates earlier in 2018.