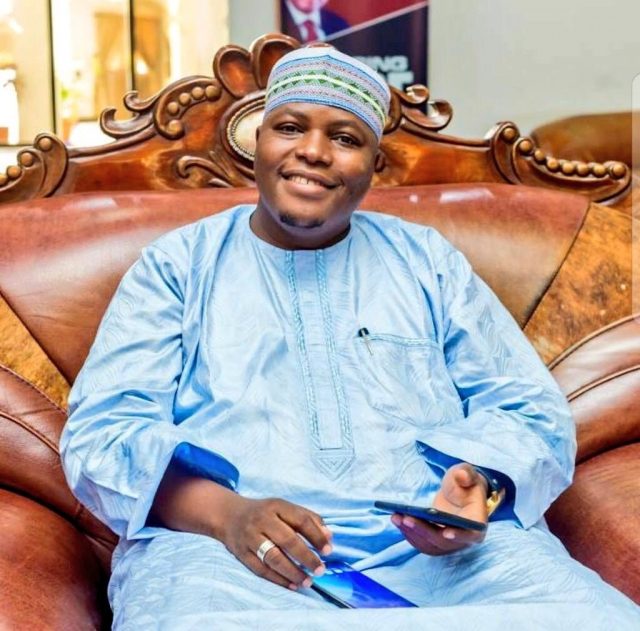 Imam Imam; until then, it is goodnight!

The death of Imam Imam hit me like a tornado; it shattered my defense and left me near berserk. How do you come to terms with the reality that a man full of life just yesterday is lying still and motionless buried by the debris of the earth? He was all life and zest and with a pause of breath, he sailed into eternal sleep; never to wake again but to remain tied to the embrace of the earth. Like every mortal, Imam has answered the creed of nature. Innallilahiwainnallilahirajioun.

Our path crossed first in 2014 at the National Blood Transfusion Service where he followed his boss Right Hon.AminuTambuwal to donate blood to the victims of the UN bomb blast. A man with telegraphic memory, he recognized me instantly as we hugged in recognition. That moment marked the beginning of our friendship that led eventually to brotherly ties. He literally adopted me as his kid brother as he mentored me on media practice, public relations and reputation management. He was a dependable friend who sacrificed his time and resources for me.

Imam Imam was a soul consumed in deep emotions; he could breakdown with the slightest discomfort. Beyond his macho built was a man battling with emotional burdens, he was a subject of fierce antagonism from some people in Sokoto. He was maligned and denigrated not because he wasn’t doing his job but because he didn’t hail from Sokoto. He was scorned, a deep pain that he carried to his grave. I’m sure these folks can enjoy ‘their’ spokesperson’s position now that a stranger is no more!

The fragile emotional side of Imam manifested when one of his daughters overdosed herself with a prescriptive drug. Imam spent the night crying while doctors battled to revive the poor girl. By the next day, Imam had terribly dropped in weight. A family man to the core, he could go to any length to see his family in comfort. This man that is so glued to his children is today not near them – this is what death can cause. It takes away the light that illuminates the path and leaves everywhere dimmed, dark and gloomy. Imam Imam left without a wave at his family. Innallilahiwainnallilahirajioun.

This is a tribute tragically worded to a soul fatally truncated. His death is so painful and excruciating, but can we be pained? No, God is always right in his dictates, we are mere tools of his dictates.

Imam left fantastic memories patterned in supreme elegance and resonance .Infectiously detribalized, overtly affectious, this beautiful soul has left indelible imprints in the sand of time. Most times in his generosity, he sacrificed more for people than for himself. He shall remain a refreshing reference as a gentleman who lived, loved and left but painfully in a hurry.

As a media professional, he rode the terrain with sparkling imprints, setting a benchmark for the real practice of journalism. He was detailed, modest and never rambunctious. As spokesman, he lived the practice of journalism manifesting all laid down ethics, not for once was he caught throwing tantrums in the discharge of his duties. He was a professional who set the bar for effective communication strategies. Imam typified the ideal media manager students of mass communication were taught in class. He practiced journalism with finesse, modesty and civility. The Nigerian media world has lost a formidable substance of modern journalism.

Dear Imam Dalhatu Imam, the curtain dropped so fast for you, the earth took you in a grip embrace too early but it forgot to take with her your legacies. You are indeed no more but the traces of your beautiful existence abound everywhere here. The mediasphere shutdown the day you breathe your last, the sky grit in excruciating confusion- it was caught between the rain and the sun – each struggling to outshine itself in honor of your exit. The Alnur mosque where your body was laid for final purification couldn’t contain the mammoth heads that came to honour you in death. The shoving to have a last glimpse of you but this time your motionless body was massive, people pushed so hard that those in control of orderliness were overpowered and resigned to helplessness. Even in death, you pulled attention. Such is the trace of greatness- the rich and the poor closed ranks to honor you. You were massively prayed for and ‘mammothly’ escorted to your final laying state. The people returned without your body but with your memories in their heart. You came, lived and left in fiercely in haste.

Recalling our last moment together, it was at the entrance of the Sokoto State government house, like the giant you were, you enveloped me in your embrace and handed me a parcel. You held my hand, opened the car door for me and then closed it. With measured steps, you moved backward and waved at me in shyness and that was the last time I saw you again. The time on phone couldn’t account for the desire to see you in person for your charm is enduring. You were a soul of grace that one gets filled with. You were too humble for your class. And as decreed by the Almighty, you completed your chapter of life and the earth covered you forever.

Imam Imam, may the heavens be kind to your soul, may the grave be very spacious for you, may your abode be illuminated forever, may Allah’s rahama be on you.

Until then, it is a goodnight my friend, my brother, my teacher.