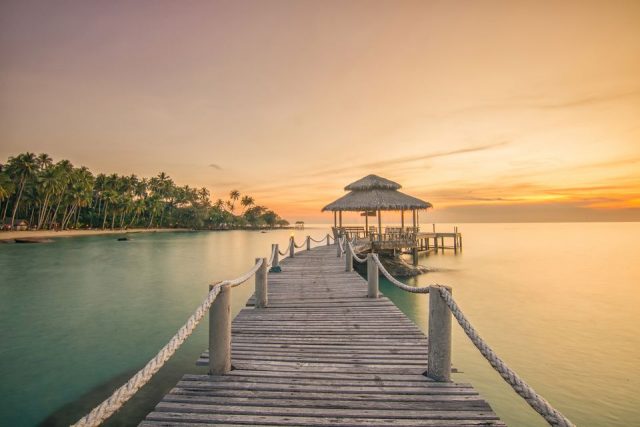 The joint United Nations–World Bank report, Pathways for Peace, was published on March 1, 2018. It is the first report that these two organizations have prepared in concert, and this alone represents something very new. The joint undertaking reflects the sense of urgency that many of us feel at organizations with a global reach to find common solutions to address violent conflict in the twenty-first century.

It is estimated that by 2030, between 45 and 60 percent of the world’s poor will live in countries affected by fragility, conflict, and violence.  As such, no improvement in the reduction of world poverty will be possible if we don’t work together to reduce the occurrence of violent conflict.  Since 2010, violent conflict has increased rapidly, as measured by all possible indicators: in numbers of conflicts; civilian casualties; the scope of forced displacement; and the economic cost to affected countries, their neighbors, and even entire regions.

Today’s conflicts are also increasingly difficult to end. They are more internationalized, and in most cases cross borders. They also feature the involvement of an unprecedented number and diversity of armed groups and are strongly influenced by global issues: ideology, trafficking of all sorts, illegal financial flows, climate change, fast movement of populations, and increasing geopolitical competition.

In Pathways for Peace, we offer strong evidence that most conflicts today feature, at their origin, group-based grievances around exclusion, especially exclusion from power, resources, and access to security and justice. We know, however, that it is typically not exclusion of the poor that creates conflict; rather, conflict is generated by the exclusion or frustrated aspirations of groups that might be relatively well off. Inclusion is not straightforward, it requires negotiation between various groups and the State, as inclusion of some can be experienced as exclusion by others.

The report, which we partially base on an analysis of countries that have been able to successfully address the risk of violent conflict, has several messages for policy makers in countries and for the international community.

Second, pathways toward violent conflict take a very long time to be forged, sometimes generations; however, most prevention efforts are focused on crisis management in the short term. We need prevention efforts long before a crisis starts: When early risks are first perceptible; at the beginning of a crisis, to avoid the eruption of violence; during conflict, to avoid its expansion; and long after conflict ends, to ensure peace holds. Early efforts, and those undertaken long after conflict ends, are neglected in today’s prevention panoply, and this constitutes another major missed opportunity for all of us.

Third, development that solely focuses on growth and poverty alleviation is not sufficient to reduce today’s risk of violent conflicts. In the last decade, more conflicts have started in middle-income countries than in low-income ones. We need development to be inclusive, and specific themes require careful attention. For example, gender equality plays an important role in making societies more resilient to violence, as does engaging citizens and holding the state accountable for providing security and justice. Regional imbalance and decentralization, and providing access to inclusive services are also important themes for prevention.

Finally, we need to build strong bridges between diplomacy/peacebuilding, development, security, and humanitarian assistance efforts. We must aim these efforts at the regional, national, subnational, and local levels for greatest impact.