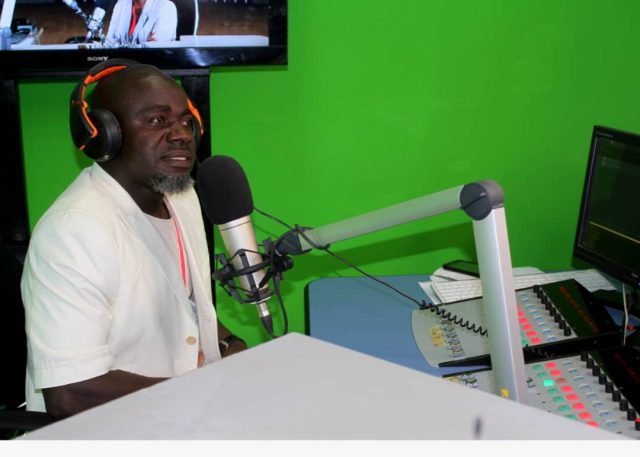 The Amazing Life of a Taxi Driver turn Radio broadcaster

Proverbially, some birthed the world with shining wares of a silver spoon, while some are born with no linings of a straw spoon. This unequal template of life however does not place one above the order in the hierarchy of equality. We all desire greatness, many died struggling, others end up behind bars while others struggle until they excel. Either way, what you become eventually in the race of life is solely dependent on your decision. That is the attitude that catapulted a young who with no trace of affluence into the boisterous elegance of broadcasting fame in Nigeria.

Popularly called Akaramakala on the popular Brekete Radio program in Abuja, Nigeria, this Ihima- born native transmuted from a taxi driver to a sensational radio on-air personality, serenading listeners every morning with his baritone voice.

The quest for better fortune wrought him to Abuja where instead of resigning to the flapping wind of fate, joined the lane of hustles. With a cab at his disposal, he rode under the sun and in the rains to make a living. It was in the course of this daily survival that fate brought him to Ordinary Ahmad Isah- another consummate enigma in radio broadcasting.  In between learning on the job and unmitigated loyalty, Suleiman OmuyaAbdulrazak held grip to the ladder of life as he discarded his cab for the microphone. From a life on the wheel of steel to a new life on the wheel of the console.

Suleiman defied the dictum of silver spoon birth and picked up the philosophy of being your own destiny shaper. He refused to be suppressed by the vicissitudes of life by rising up to his destiny. He carved his spoon in which he eats with relish today.  How did it take a man who only western education on the University of the street to become so learned and now a famous broadcaster should be a wonder for those who interpret the mystery of life? For this man, it is a life defined on purpose, guided by determination and loyalty.

In this edition of our motivation series, we bring to fore the amazing story of a taxi driver turns radio broadcaster. This is a story in courage defined solely by willpower. Be like Akaramakala, create your silver spoon.

The foxiness of phoney religious leaders