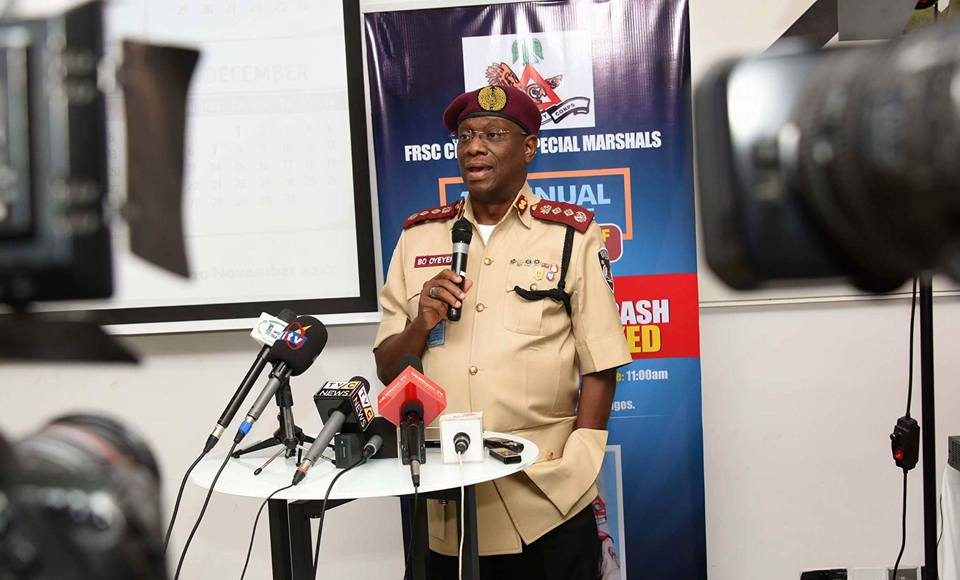 This year, the Federal Road Safety Commission marks 30 years since its establishment and as the country joins in celebrating the Commission’s birthday at 30, one is curious to know how has the journey been so far?

Prior to the establishment of theFederal Road Safety Commission in 1988, there was no concrete and sustained policy action to address the alarming rate of accidents on Nigerian roads nor was there anybody created for public awareness on safety ideas and consciousness.Earlier attempts were limited to those by some states of the federation and organizations such as the efforts made byShell Petroleum Development Company (SPDC) between 1960 and 1965 and that of the Nigerian Army in the training of its officers and men on road safety in the early 1970s.

The First Public Road Safety Campaign in Nigeria started in1972as an annual Road Safety Week also by the Nigerian Army. Its success led to thecreation of a deliberate policy on road safety in 1974 of the National Road Safety Commission (NRSC) by the then military government which was sustained for only a few years. In 1977,the then Military Administration of Oyo State established the Oyo State Road Safety Corps (OSRSC) which made some local significant improvement in road safety and road discipline in the state until when it was dissolved by the federal government in 1983.

However,the continued upsurge inroad accidents then which placed the countrysecond among the most road traffic accident (RTA) prone countries worldwide (second to Ethiopia) made it crucial for the Nigerian government to initiate a search for a credible and effective response to the challenges. This search, brought aboutthe establishment of the present Federal Road Safety Corps in Nigeria (FRSC) through Decree No. 45 of the 1988 as amended by Decree No. 35 of 1992 referred to in the statute books as the FRSC Act CAP141 Laws of the Federation of Nigeria (LFN) 1990, and passed by the National Assembly as Federal Road Safety Commission Establishment Act 2007.

Its general functions relates to making the highway safe for motorists and other road users, recommending works and devices designed to eliminate or minimize accidents on the highways and advising the Federal and State Governments including the Federal Capital Territory Administration and relevant governmental agencies on the localities where such works and devices are required as well as educating motorists and members of the public on the importance of discipline on the highway.

Suffice it to say, that in the 30 years since its establishment, the Commission has made phenomenal strides in the attempt to curb the rise in road traffic accidents in the country. These strides have led to the Commission attracting for itself recommendations globally. For instance, it transformed a nation whose roads were rated by the World Health Organization (WHO) in 1984 as second most dangerous on earth with no Lead Agency on Road Safety into one of the most significantroad safety conscious country and Agency in the world. The tremendous success achieved by the Agency was what led the World Bank to accord it the recognition asthe best example of a Lead Agency.

The realities of the achievements of the FRSC are manifestations in road safety administration and management in Nigeria which have been described in the 3 decades phases of the Commission’s actions.

In the first decade, which marked its foundation, it focused on advocacy, enlightenment, enforcement,and legislation. After gainingsufficient grounds, during the second decade, the Commission directed its attentionto improvements in National Driver’s Licensing and Vehicle Number Plate system. It increased its visibility through the expansion of commands and workforce. The 3rd decade has seen the Commission concentrating its energy on the introduction of a nexus of people, processes,and technology as part of its service delivery. To this end, Digitalization of its work processes gained momentum and FRSC became highly ICT driven. The emphasis was on the institutionalization of measures to ensure organizational relevance sustainability and future.  Digitalization and automation of systems, personnel/ career enhancement include connection of commands to the national headquarters V-SAT, automation of the payroll system, clearing of a backlog of personnel due for conversion from the inspectorate to the officer’scadre; establishment of apromotions board to conduct promotion examinations and online examination promotions.

The successes achieved can be juxtaposed along a country where there is a record of the worst roads and most dangerous accidents amidst poor maintenance culture and consistency. It was able to transformfrom an organization that started with only 16 and 5 Sector and Zonal Commands to 37, 12 and 201 Sector, Zonaland unit Commands respectively. Other additional structures include29 Out Posts, FRSC Academy, FRSC Training School, 214 Driver License