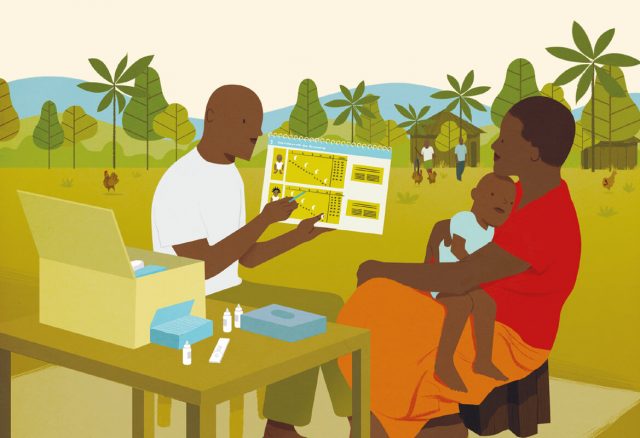 Malaria parasite still remains one of the fastest killer in the world. In 2015, 88% of the global cases and 90% of global deaths from malaria respectively occurred in the African region according to WHO. Of the fifteen countries that accounted for 80% of all malaria cases globally, Nigeria according to the WHO accounts for the highest proportion of cases (27%) Malaria control in the WHO African region has recorded progress with a 42% reduction in cases incidence and a 66% decline in the mortality rate between 2000 and 2016. Malaria is responsible for 11% of maternal deaths and 30% of child deaths. It contributes to 60% of out-patients visits to health facilities, 15% of low birth weight, maternal anemia, still births, miscarriage and other pregnancy complication. It is also one of the principal reasons for poor school attendance in many settings because it accounts for 13 to 15 percent of medical reason for absenteeism from school (NMEP).

Of the record 2.7 billion USD spent fighting malaria in 2016 only about 800 million USD was contributed by affected countries. It follows therefore that the global fight against malaria is an expensive investment. Most of the African countries that suffers from the malaria disease are poor and, if the financial burden of fighting malaria is placed squarely on these countries shoulder very little progress will be made. This is a cardinal reason that necessitated the intervention of the Support to the National Malaria Programme in Nigeria (SUNMAP) which is to be implemented by the Malaria Consortium Project.
Since the intervention of the UK funded SUNMAP implemented by the Malaria Consortium in Nigeria, there have been remarkable improvement in malaria reduction and prevention. For example, in the period between 2010 and 2015, the national malaria prevalence among children aged six to 59 months decreased from 42 to 27 percent, reaching an average of 21 percent in SUNMAP states.
The fight against malaria has been taken to a new level with the lunch of the SUNMAP 2 programme. The programme aim to improve the planning, financing and delivery of sustainable malaria programmes across 165 local governments in six states of Nigeria: Jigawa, Kaduna, Kano, Kastina, Lagos, and Yobe. SUNMAP 2 is a performance based programme, with robust monitoring, evaluation, accountability and learning components.

The programme aims to reduce Nigeria’s all -cause under five mortality rate from 128 per 1,000 live births in 2013 to 85 per 1,000 live births by 2022 and to also reduce the proportion of children aged six to 59 months that are infected with malaria parasites from 27 percent in 2015 to 16 percent by 2020. To achieve this laudable targets, the malaria consortium project has identified the following as essential to its aims:
(1) Strengthen national and state government stewardship and increase the proportion of total annual malaria expenditure that comes from domestic sources
(2) Increase the availability of antimalarial commodities, so that 70 percent of the population have access to and sleep under an insecticide treated net
(3) Contribute to more efficient and equitable malaria prevention and treatment service delivery:This will include:

If this programme must be a success story with respect to its objectives and goal, challenges that characterized previous malaria reduction and prevention programmes such as, inadequate understanding of pharmacovigilance case definitions, loss of child record cards and blisters by some care givers, inadequate storage facilities at HF, political interference in personnel selection, insecurity among others must be properly and comprehensively address.