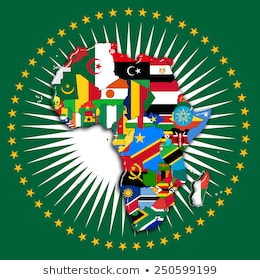 The plan to establish the African Central Bank (ACB) by the African Union will likely come to fruition by 2045.

Ms Naglaa Nozahie representing the Association of African Central Banks (AACB), said this while presenting the progress report on the convergence of criteria for the ACB to the African Union on Thursday.

The briefing was part of proceedings at the third session of the Specialised Technical Committee of the African Union (AU) on Finance, Monetary Affairs, Economic Planning and Integration, holding in Yaounde, Cameroon.

The meeting, which was organised in collaboration with the African Capacity Building Foundation, had as its theme: “Public Policies for Productive Transformation in Africa’’.

Nozahie, who is also a Special Advisor to the Governor, Central Bank of Egypt, said the purpose of ACB was “to build a common monetary policy and single African currency as a way to accelerate economic integration on the continent’’.

She said the AACB held several meetings from 2002 to 2017 and came up with the proposed macroeconomic criteria that must be met by each member state before the African Central Bank could be established.

Similarly, she said the ratio of central bank financing to the government must be zero by 2038 and that each country must have foreign reserves to cover at least six months of importation by 2038.

“The ratio of government capital investment to tax revenue must be greater than 30 per cent,’’ she said.

Nozahie said experts, who worked on the convergence criteria, also agreed that member countries must maintain the stability of the nominal exchange rate at plus or minus 10 per cent.

She further said that analysis of member countries’ performance showed that only 18 countries, out of 52, currently met all the primary criteria for macroeconomic convergence.

It would be recalled that the AU Assembly in January 2005, which held in Abuja, outlined decisions for the establishment of some African financial institutions to improve intra-African trade.

Part of the decisions was that the African Central Bank should be located in Nigeria, the African Investment Bank in Libya, and the African Monetary Fund in Cameroon.

When it is fully implemented, the ACB will be the sole issuer of the African Single Currency and would become the banker of the African Government and Africa’s private and public banking institutions.

The ACB will regulate and supervise the African banking industry and will set the official interest and exchange rates, in conjunction with the African Government’s administration.