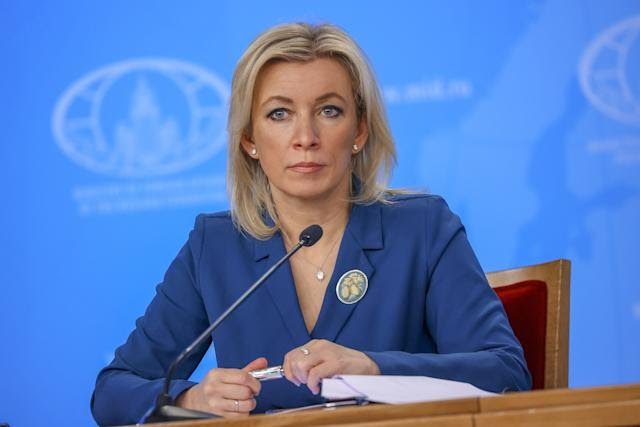 Russian Foreign Ministry spokeswoman Maria Zakharova suggested that Moscow could target territory of Nato countries which have been supplying arms to Kyiv, to defend itself from Vladimir Putin’s forces.

Britain has been an outspoken ally of Ukraine, and has supplied weapons including anti-tank weapons and Starstreak anti-aircraft missiles.

On Tuesday, a defence minister said the UK supports Ukraine’s right to strike Russian territory using Western supplied weapons – a line which the Kremlin said was “direct provocation” which would lead to a “proportional response”.

Zakharova said: “Do we understand correctly that for the sake of disrupting the logistics of military supplies, Russia can strike military targets on the territory of those Nato countries that supply arms to the Kyiv regime?

“After all, this directly leads to deaths and bloodshed on Ukrainian territory. As far as I understand, Britain is one of those countries.”

The Kremlin’s Defence Ministry added: “We would like to underline that London’s direct provocation of the Kyiv regime into such actions, if such actions are carried out, will immediately lead to our proportional response.

“As we have warned, the Russian armed forces are in round-the-clock readiness to launch retaliatory strikes with high-precision long-range weapons at decision-making centres in Kyiv.”

Russia claimed on Wednesday to have struck an arms depot housing weapons from the US and European countries.

The Kremlin said missiles destroyed hangars in the Zaporizhzhia region which were housing “a large batch of foreign weapons and ammunition supplied to Ukrainian troops by the United States and European countries”.

Her warning comes after UK defence minister James Heappey said it was “completely legitimate” for Kyiv to targeting Russia supply chains that contribute to “death and carnage on Ukrainian soil”.

He added that the weapons the West – including the UK – is giving to Ukraine “have the range to be used over the border” into Russia.

“The fact is that Ukraine was a sovereign country that was living peacefully within its owner borders and then another country decided to violate those borders and bring 130,000 troops across into their country,” he told Times Radio on Tuesday.

“That started a war between Ukraine and Russia, and in war Ukraine needs to strike into its opponents depth to attack its logistics lines, its fuel supplies, its ammunition depots, and that’s part of it.”

He added it is “not necessarily a problem” if British-donated weapons are used to hit sites on Russian soil after accepting that weapons now being supplied by allies to Ukraine have the range to be used over borders.

“There are lots of countries around the world that operate kit that they have imported from other countries, when those bits of kit are used we tend not to blame (the country) that manufactured it, you blame the country that fired it,” he said.

The invasion has been deadly, with Ukrainian authorities saying on Wednesday that 217 children have been killed so far.

Western intelligence suggested Putin expected to have control of the country within a matter of days, but more than two months later his troops have been forced out of the north and reportedly suffered huge losses.

Russia has not put out an exact figure of how many soldiers have died since the beginning of the conflict.

Ukrainian authorities have estimated more than 22,000 Russian soldiers have so far been killed