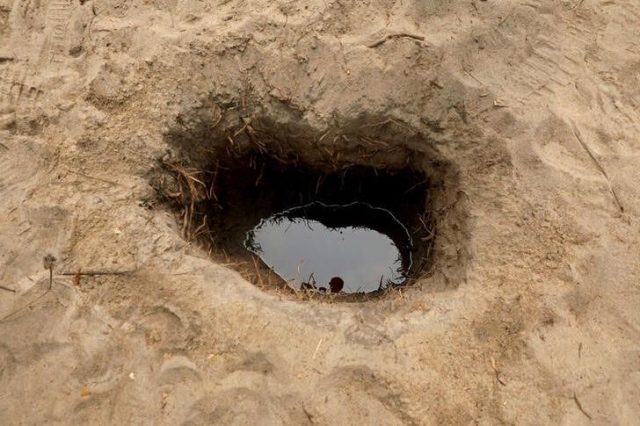 Large-scale theft from the nation’s pipelines has throttled exports, forced some companies to shut in production and crippled the country’s finances.

NNPC chief Mele Kyari said he was not accusing institutions, including government, but at virtually every level of Nigerian society, individuals were siphoning off a total of around 200,000 barrels per day (bpd) from what is typically Africa’s largest exporter.

“Some of the pipelines and some of the products that we found are actually in churches and in mosques,” Kyari said, adding this meant those complicit included “members of the communities, members of the religious leadership and also, most likely, government officials”.

It was not immediately clear if the government had found crude oil, in addition to fuel, in those places.

The impact on exports is a reduction of 700,000 bpd, Kyari said, because theft had forced at least 700 “lock-ins” of oil production.

“No-one produces oil so that the next person can take it,” he said. “The wise thing to do is to stop production.”

Kyari said some of the pipeline taps were so sophisticated that they ran for 3-4 kilometres and would have involved cranes, industrial equipment and at least 40 workers.

NNPC has engaged companies, including those owned by ex-militants, to stem theft, and Kyari said the nation’s anti-graft agency was also following the cash and would prosecute those involved.