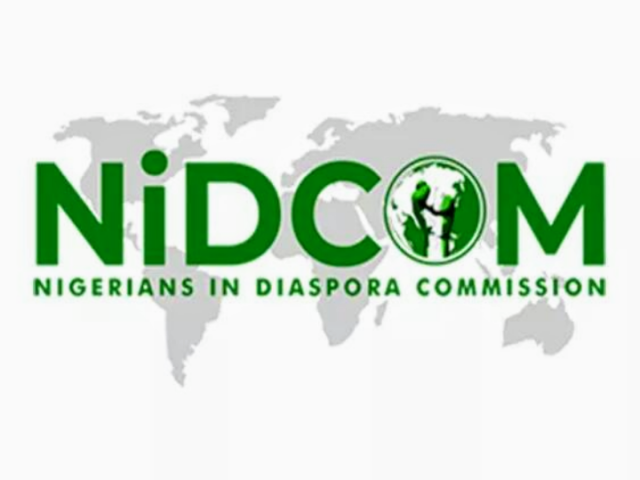 The Nigerians in Diaspora Commission (NIDCOM) has advised Nigerians living abroad to be careful not to violate laws relating to campaign funding ahead of the 2023 general elections.

Chairman of NIDCOM, Abike Dabiri-Erewa, made the call at the 2022 Annual General Meeting (AGM) of the Nigerians in Diaspora Organisation Americas (NIDOA) held at the Nigeria Consulate in New York on Saturday and monitored virtually by newsmen in Abuja.

Dabiri-Erewa at the meeting titled: “NIDOA Renaissance: Leveraging on New Generation Leadership,” urged them to ensure that they observe the laws in their support for presidential candidates in the 2023 general elections

“I have been hearing stories that you are going to raise money for one person or the other person.

“Whatever you do, don’t break the laws of elections and funding in Nigeria. I think that is very important.

“I won’t encourage you to break any law relating to political funding; you know how it is operated in America.

“Ensure you observe the laws also in Nigeria.

“So as we move on, I can guarantee you that under this administration, we will continue to protect our Diasporans,” she said

The Inauguration also came a day after the party’s Diaspora support groups, in a media report, pledged to unveil a crowdfunding portal with a target to raise $150 million from Obi’s supporters in the Diaspora and N100 billion from those in Nigeria.

Dabiri-Erewa also urged them not to be disappointed that they won’t be participating in the 2023 polls.

She advised them to intensify effort to engage the National Assembly so that Diaspora voting could be passed into law.

“Rather, you need to work harder to lobby the National Assembly to make it possible for the Diasporans to be able to vote.
.
“However, you have the voice and use your voice to urge all eligible voters to cast their vote.

“I urge you, as the president always says three things; be good ambassadors, obey the laws of whatever countries you are and let us continue to be proud of you and what you are doing, ” she said.

She assured members of NIDOA of the commission’s robust partnership.

The Chairman, Board of Trustees of NIDOA, Tope Esan, said the organisation’s mission is to promote the spirit of patriotism, networking, and cooperation among Nigerians in the Diaspora for their individual and collective success in the countries of the Americas where they reside.

He said they are also on mission to mobilise
the vast resources of manpower, technological know-how and wealth of knowledge among Nigerians in
the Diaspora towards building a greater Nigeria.

According to Esan, the present board, after a SWOT (Strength, Weakness, Opportunities and Threat) Analysis, identified a 3-pronged approach to the present challenges facing the organisation.

“The focus areas are NIDOA image redemption, strategic partnerships, giving back to Nigeria and growing NIDOA’s base,” he said.

NAN reports that some of the activities at the event include a morning breakfast meeting with the state’s legislators, an afternoon AGM session of members and chapters represented and an evening gala and dinner for members and the community at large.

Participants also used the occasion to pay a tribute to the late Edo-born professor, Joseph Igietseme, former chief of the Molecular Pathogenesis Laboratory, Centre for Disease Control and Prevention (CDC), Atlanta, Georgia in 2002, and the President of NIDOA in South Savannah, Georgia Chapter, who died in May 24.