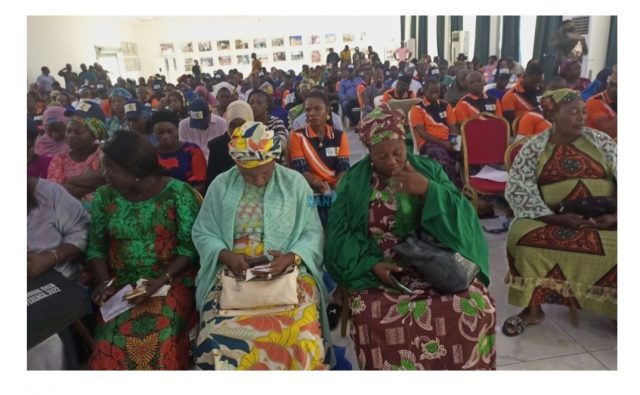 KEDA Managing Director, Hajia Rekiyat Sanni, said during the launching of the OFSP that the training and empowerment programme for women and youths was organised in commemoration of the two years of operation of the agency.

Already more than 50,000 women and youths have been trained by the agency on various entrepreneurial schemes and programmes in the state.

“It’s our belief as an agency that the OFSP programme will go a long way not only to boost food production in Kogi and Nigeria, but will transform the lives of both women and youths.

“The new variety of the potato will also help improve the people’s health and quality of life, giving its nutritional value to mankind,” she said.

Sanni said that the vision of the agency was to enhance businesses of the people of Kogi, especially women in cooperative societies.

She said that the agency had been operating an open door policy.

She noted that 70 per cent of the beneficiaries of their programmes were women and urged beneficiaries to listen attentively to get all the value addition on the OFSP products and embrace it.

The State Governor, Alhaji Yahaya Bello, who flagged-off the programme, congratulated the head and management of KEDA for the positive impacts they had recorded within two years of operation of the agency.

Represented by the Secretary to the State Government, Dr Afolashade Ayoade, Bello urged the beneficiaries to take the training very seriously as it would increase their socioeconomic wellbeing, the state and the nation at large.

The governor assured the agency of government’s support to all its empowerment programmes, especially as the 70 per cent beneficiaries were women.

He urged the beneficiaries to put up a new effort to ensure they achieved the best of the OFSP programme to set a new record for products’ exportation.

”Let us not repeat the error of Cocoa and Palm tree. Let us set a new record of ensuring that the OFSP will be produced to the maximum not just for Kogi but Nigeria at large and for exportation.

”Let our focus be toward large scale production and exportation of the fleshy sweet potato,” Bello said.

In their goodwill messages, the State Commissioners for Agriculture, Commerce & Industry, Messrs David Apeh and Gabriel Olofu, respectively, commended KEDA for the initiative and its contributions to the economic growth of the state.

The News Agency of Nigeria (NAN) reports that earlier in the day, KEDA organised a breakfast chat with newsmen, where the managing director highlighted the agency’s achievements for the past two years of operation. (NAN)