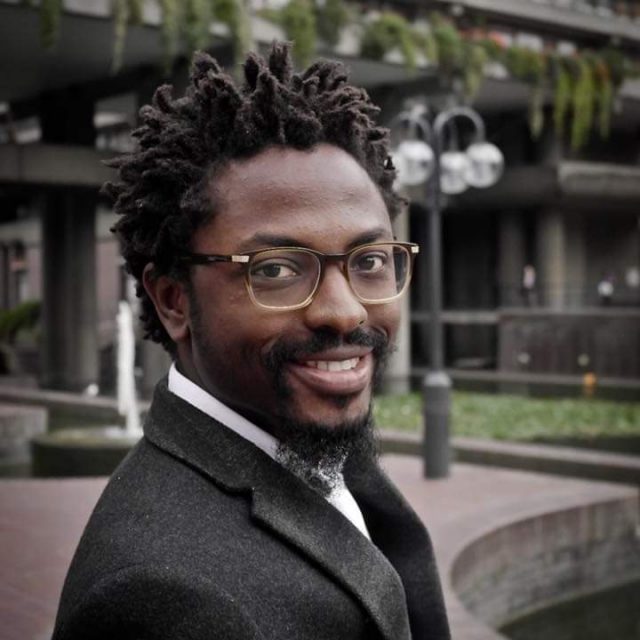 During our panel discussion, at The James Currey Literary Festival, at Oxford, the issue of political correctness came up. Someone in the room, trying to make a point (can’t remember what it was now), said that gender neutrality is not new to Africans. He then added that this was why no Nigerian language has grammatical gender, as some other languages do. So, I interjected to correct him. “Not all,” I said. “The Hausa language does have both masculine and feminine nouns.” I added. There was a bit of quiet and a look of surprise when I said that.

The Hausa language, being an Afro-Asiatic language, is quite different from other Nigerian languages, which are mostly Niger-Congo languages (except Kanuri, which is a Nilo-Saharan language). Because most of our languages belong to the Niger-Congo group, and many of the Nigerians abroad belong to this same group, it’s not uncommon for southern Nigerians (both within Nigeria and the diaspora) to make assumptions, on languages in Nigeria, without Hausa in the picture. This is rather ironic, as not only is Hausa the most widely spoken language in Nigeria, it is also the most widely spoken language in west Africa, and the second in all of Africa, after Swahili.

When the incorrect statement was made, I noticed that the panel seemed to agree with him. Also, no one from the audience objected, even though it was Q&A time. This is why, although, emphasising the importance of diversity may seem like “wokeness” or “virtue-signalling” to some people, it actually has some benefits. Being a northern-Nigerian gave me access to knowledge no one else in the building probably had, which I was then able to share to further educate the rest of the people. That knowledge would have been lost if someone with some familiarity of the Hausa language wasn’t present in the room.

There are some things you just can’t learn from books. Even if you’re a voracious reader, no one can live long enough to read all the books. Also, even if you were Ibn Batuta, you won’t live long enough to visit all the towns and villages in the world, to acquire all the knowledge within them. But this can be achieved, at great length, by mingling with people different from you. If you expose yourself to people from different countries, languages and cultural backgrounds, and open up your mind to learn from them, you’d learn a lot more than the best of readers or travellers. Of course, my correction that day was minor, but I was surrounded by really smart people, and was sure a few of them would go home to verify my statement. Seeing how underrepresented the northern Nigerian community is in the diaspora, it would be a win if someone, after hearing something new and interesting about the Hausa language, proceeds to read up a bit more on northern Nigeria, to improve their knowledge on Nigeria as a whole.

Although, Hausa is the most widely spoken language in Nigeria, very little of it (or the Muslim north) is known in the western world. Even in places with a large Nigerian presence.

A rather shocking discovery

The above story reminds me of a time I met a Jamaican Muslim convert in London. Being a Nigerian myself, the Jamaican who had Yoruba-Nigerian cousins (his mother’s sister was married to a Yoruba Nigerian), automatically assumed I was also a convert. During our chat, I said something that inferred that I was born a Muslim, and the Jamaican Muslim, looking rather surprised, said: “how could that be, I thought there were no Muslims in Nigeria?” Then I asked: “where did you get that from?” Then he said that he grew up with his Yoruba cousins and not once had he ever seen or heard of Nigerian Muslim. I had to spend some time educating him and a few others around, on the very rich, long history of Islam in Nigeria. Prior to meeting me, they’d only heard of the Yoruba and Igbo people. So, I told them of the Hausa, Kanuri and Fulani people. I also told them of Usman Dan Fodio, The Sokoto Caliphate and the Borno Empire. It was a great chat. Again, I was happy to be of help.

And then they asked a very important question: “why don’t we see these northern Nigerian Muslims in London?”

This question brings me to my third and final point.

As an undergraduate here in the UK, the northerners I met were, on average, wealthier than the other group of foreign students, except maybe the Gulf Arabs. I also noticed that only the kids from very wealthy homes in the north, or the really bright ones on scholarships, bother to come to the UK to study. I don’t remember seeing or hearing of anyone, from among them, dropping out of school due to financial difficulties. I also never saw or heard of any of them drop out to go work illegally as some Nigerians or other foreign students sometimes did. These northern Nigerians (and the Gulf Arabs) are here strictly to study. After which, they pack up and return home. That’s one reason you hardly find them in London. But there’s a second reason.

Although, the northern Nigerian students have a near 100% record of returning to Nigeria, after graduation, it is not uncommon for a tiny minority from among them to opt to stay behind. And these ones – nearly all of the time – are high academic performers. Since they hardly ever pack up and leave Nigeria for the UK, except to come and study – and with a near perfect graduation rate -, it wouldn’t be far-fetched to assume that more than 90% of the northern Nigerian Muslims, in the UK, are university students or highly skilled professionals.

Unlike the unflattering reputation the northern Nigerian Muslims suffer back in Nigeria, the reverse is actually the case in the UK, where most of them are highly educated, wealthy professionals; probably in the top 5–10% income bracket. My own personal experience of meeting northern Nigerians, living in the UK, confirms this. I don’t think I can say the same for any other immigrant group (or sub-group) within the UK. If you’ve never been to Nigeria before, going by what you see in the UK, you’d be forgiven for thinking that northern-Nigerian Muslims are the most educated, affluent group in all of Nigeria. This is because, right here in the UK, percentage-wise, they probably are.

The “Hausa-Fulani-Nupe-others” Nigerian-Muslim community are a tiny but wealthy, highly educated community in the UK. They generally don’t live in working class neighbourhoods in London with a large migrant presence. They’re hidden away, in affluent neighbourhoods, in quiet English towns and villages, isolated from everyone else. This is why no one knows they exist.

Ps: Please give your northern-Nigerian Muslim neighbour some flowers today. They’re doing well and are giving you “good name” in “The Abroad.”

Suleiman Ahmed is a Software Engineer by day and a Writer by night | Author, TROUBLE IN VALHALLA. You can find my book on Amazon. | Twitter: @sule365

The NIN and its Merits