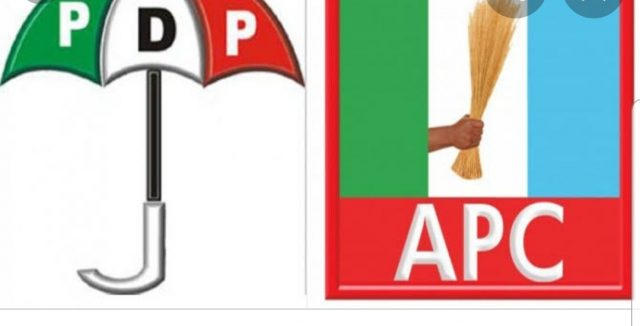 Since the return to representative democracy in 1999, if there is one leader that owes Nigerians a free, fair,  transparent  and violent free election it ought to be president Buhari. President Buhari is a product of free, fair and transparent election. The mirror image of any and every country lies in its process of leadership recruitment. So far, democracy has proved to be the universal basis for leadership recruitment; because of its emphasis on the will of the people – and this is where Kogi central senatorial election looms into relevance.

The Kogi central voters are unarguably one of the most intelligent voters in the state and Nigeria write-large. We need no rocket science logic to explain why voters tend to vote for a candidate that puts their interest first. No doubt Natasha Akpoti has always been in the business of putting the interest of Kogi central first. Her numerous interventionist projects are there for all to see. This Kogi politician cum philanthropist has been carrying on her shoulder the interest of her people, why is the Yahaya Bello camp – that has always claimed to be an adherent Buharist – making a mockery of the president’s desire to give Nigerians free, fair and credible elections as his parting gift? In his last independence day speech as president, Buhari said he had been a “victim of unfair electoral processes” in the past, as a result he would bequeath a robust electoral institution that would ensure the emergence of credible leaders and political campaign is the most important platform politicians explore in selling their manifesto to the public.

Few days ago, the Chairman of Okene Local Government, Hon. Abudulrazak M. Yusuf effectively wrote a letter to area commander of the police requesting the campaign office of Barr. Natasha Akpoti to be shut down ostensibly for security reasons but, in reality, it is one of Gov Bello’s and his agencies’ attempt to prevent this front runner in the race of Kogi central senatorial election from being politically visible as the election draws near. How does the campaign office of Natasha Akpoti constitute a “security threat”? is her campaign office the sole office in Okene? Are there no other parties’ campaign offices in Okene? Why single out that of Natasha Akpoti? The reasons are not far-fetched. The massive support she enjoys from the good people of Okene and beyond is the reason APC is having sleepless nights.

The beauty of democracy is inherently tied to giving all the aspirants a level playing field. Why deny Natasha Akpoti that? I would want to believe the governor is not aware of this brazen abuse of power because if he is, this doesn’t speak well of Kogi state. The president must call those in authority in Kogi state to order. The sad experience of excessive violence that characterized the last general election in Kogi state thereby rubbishing the incremental gains made in furtherance of democratic practice in Nigeria – especially as it concerns the conduct of election must never be allowed to repeat itself. Whatever goodwill the president has will definitely be questioned if this ugly trend of political intimidation and harrassment is allowed to continue and shape the narrative of Nigerian politics. Kogi is the most centrally located state in Nigeria; what affects Kogi affects Nigeria and if there’s one thing the president and peace loving people of Nigeria should demand, it will be Kogi must have a free, fair, transparent and violent free election. Political violence must never be the defining characteristic of Kogi politics. The attempt by the Okene Local Government chairman to shut down Barr. Natasha campaign secretariat must be condemned by all and sundry. Political intimidation and violence must never be allowed to have a place in Nigerian political life.