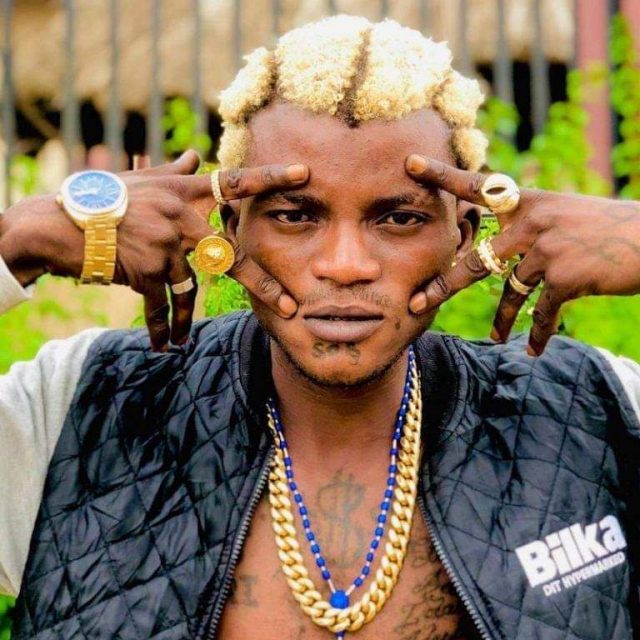 The foxiness of phony religious leaders

Love or loathe him, Habeed Okikiola popularly known as Portable, a highly controversial singer, has just presented a withering critique of our contemporary religious institution. As it is characteristic of him, Portable, in his usual artistic rabidity, did what only a few Nigerian artists like Fela and Falz (The Bhad Guy) could do. In that solo album, especially in the contentious track titled ’Apostle’, he exposed the foxiness of phony religious leaders. ‘Apostle’ as a song casts a penetrating, searing slur on sanctimonious religious overlords and their crass duplicity which always goes unchecked. You can’t help but admire Portable’s radical streak in that song!

Since the era of commoditization of art, music, in particular, has lost its originality, flavor, and purpose. In the entire Nigerian music industry, the few protest artists that we used to have sadly lost their voices mainly because of the fear of losing fame or political patronage. Most Nigerian musicians revel in what I term ‘Musical absurdism’, that is, the brand of music that lacks coherence, clarity, and sensibility. Most of their songs are musically and lyrically disjointed, and without having any useful message therein pass across to society. What you hear and see in their songs and videos is crass debauchery: extreme objectification and sexualization of women, while puffing their pipes!

And then we’ve got Portable, a protest artist, who, just like Wole Soyinka and Fela, is against using religion as a tool for economic, social, moral, and political advantage! Despite their professed holiness, most of the hypocritical religious leaders of the two dominant religions use compelling ‘prophecies’ to woo and hoodwink unsuspecting victims into their carefully choreographed web. This, Portable like every other concerned rational being, is what he detests. Fela did. Falz does. Soyinka does. I do. Many people do. And here is Portable today!

Through the song, Portable, in a sociological fashion, amplifies our collective consciousness whereby the naive, simple-minded religious faithful is woken up from their slumbers. The song has one key message: An awakening from terrible gullibility and vulnerability to cheerful realities. Unfortunately, many people are saying he is attacking their ‘religion’. No, he isn’t! He is saying what is objectively true, especially about the two major religions we have in Nigeria. Learning to assess topical events objectively is the hallmark of intellectualism.

The song is completely unique:
The bluntly hilarious vocalization, the backing vocals, the acerbic candour, the biting satire, the structure, the steady riveting rhythm, and the penetrating lyricism of the music shows the deep message that Portable tries to pass across to all of us – both Muslims and Christians. The song isn’t about one religion. It has a social language that it wants all religious adherents to understand. You can call the song a ‘bristling riposte’ at religious hypocrisy! That’s not bad. Not bad at all.

Thankfully, there is a resurgence of ‘rebel’ artists who can challenge the escalating socio-religious conventionalities, and Portable is one. In times like these, we need daring singers who can naturally sail against the wind of popular opinion, who can lay out uncomfortable but incontrovertible facts in their songs, and who can speak to the powers that be without being afraid of losing fame or political patronage. These things are what Portable exemplifies: he brings the socio-cultural import of music to the fore while also displaying a decidedly unusual creativity and great originality. Despite his minor flaws, Portable is musically iconoclastic and revolutionary. That is what we need right now. When put together, you will understand the sociology of revolutionary music and how the culture of radical music can expose the ‘social pathologies’ that our leaders at different levels want to perpetuate. And this brand of music, especially as it is the one popularised by Portable is what I termed ‘The Sociology of Portability’.

Excuse me, Why you no wan go heaven again o? Laughs, banters and glitz as Ebullient Okodu bows out of NCC