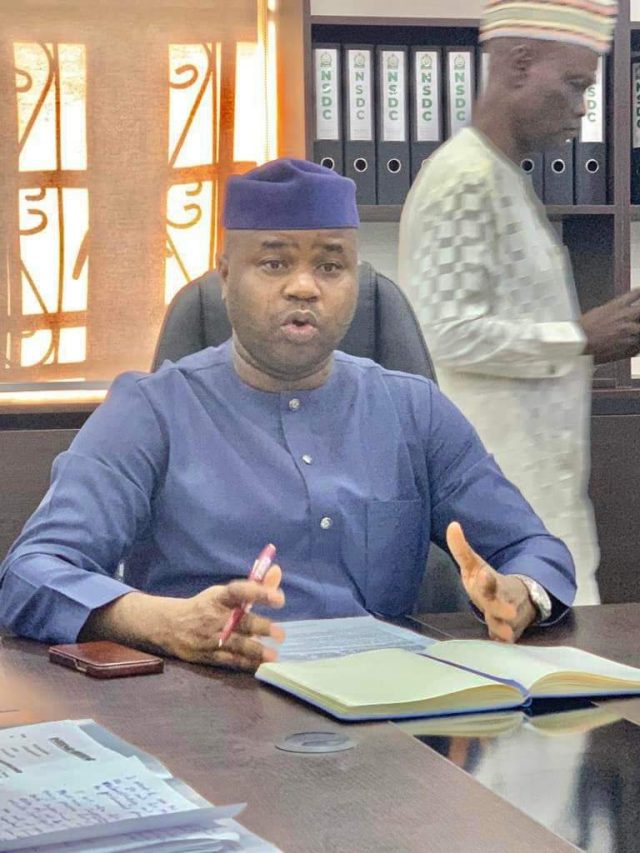 Again, it has pleased the Lord almighty to open a new chapter, approve a fresh phase and announce a glorious beginning for Mr. Zacch Adelabu Adedeji who begins another 365-day journey into a more promising future today. Being alive is a gift worth rolling out the drums to thank and appreciate God for. Not many are so fortunate to mark their birthday anniversaries. Sadly, as you read these lines, some people somewhere are battling hard to survive, while some have just breathed their last. This is one special miracle we often take for granted. So, we are so grateful to God for adding another beautiful year to our dear friend and leader, Mr. Adedeji.

Beyond the usual fanfare and merrymaking that define birthday anniversaries, it is a time for serious introspection, soul-searching, stock-taking and self assessment. It is equally a time to appreciate God for the gift of life, a time to show gratitude to those who have made life beautiful for one, a time to touch and impact lives positively, and a time to redirect our energy and resources towards service to God and humanity. Life is best lived and enjoyed when we offer our tangible and intangible possessions in service of others, especially the downtrodden among us. For a man of Mr. Adedeji’s standing who never fails to attribute his elevation, success stories, triumphs, victories, favours and accomplishments to God through men and women, the best way to mark his birthday anniversary is by recommitting himself and resources to the service of God and mankind.
Mr. Adedeji’s story is simply that of a man created by God, nurtured by mankind and catapulted to greatness by honesty, discipline and hardwork. Where others attribute their greatness in life to superficial forces, Mr. Adedeji says God and Him alone remains his fortress.

He has indeed carved a niche for himself as a man of proven integrity and noble character. He’s dined and wined with the high and mighty. He’s sat, discussed, deliberated and served on various important committees and meetings with the who-is-who both in the private and public sectors, yet he remains as humble as ever. Zacch, as fondly called by his bosses and contemporaries is an angel in human flesh. Not a man given to primitive accumulation of material possessions, as he shares whatever God has blessed him with with everyone regardless of status or social stratification. He’s demonstrated this a number of times.

I still recall a recent encounter with him that left me speechless. He was to attend an official event at the Nasarawa State Liaison office in the highbrow area of Asokoro in Abuja. All was set for us to leave for Asokoro that fateful morning only for us to discover that the vehicle that was to convey some of his aides, including this writer, wasn’t available. We saw him off to his car and told him we were waiting for the driver to return. He immediately asked the photo man and myself to join him in his car. We were both more than surprised! He adjusted to the right and asked us to hop in. A big man in Nigeria discomforting himself for the sake of his far junior aides! But for him, that was nothing. He said, “Whether conveyed in a bulletproof car or tricycle, it doesn’t remove or add anything to one’s life or pedigree”. I sat quietly throughout our journey as I ponder over his rare display of humility and humanity. He is a First Class graduate of Management and Accounting from the prestigious Obafemi Awolowo University, Ile-Ife and later bagged a Masters of Science degree in Accounting from the same university. His insatiable quest for knowledge took him to the famous Harvard Kennedy School of Government in the United States of America for an Executive Course in Economic Development.

Mr. Adedeji’s long sojourn in the private sector and a four-year stint as the Commissioner for Finance in Oyo state between 2011-2015 with unbeatable and unassailable performance records and achievements, have, undoubtedly, prepared him for the onerous task of providing the needed leadership in Nigeria’s drive to attain self-sufficiency in sugar production through the faithful implementation of the Nigeria Sugar Master Plan (NSMP) which falls under his purview as the Executive Secretary of the National Sugar Development Council.

He held a number of senior management positions while working at the Procter & Gamble Company (P&G), a renowned American multi-national consumer goods corporation headquartered in Cincinnati, Ohio, United states of America with branches across several countries. He was General Accounting and Stewardship Manager between January 2004 to May 2006 where he led a cross-functional team to prepare and report financial statements regionally and globally through consolidated data entry tool.

Mr. Adedeji’s culture of hardwork and knack for professional excellence earned him a higher position at the P&G with his elevation as the Finance Leader-SAP (Systems Applications and Products) Implementation Project. He spearheaded the day-to-day evaluation and implementation of SAP Modules and also led a 15-person finance team to develop the internal processes for the roll out of SAP West Africa in line with the projects pre-requisites. He later rose to the position of Corporate Finance Manager (West Africa) overseeing Treasury, Corporate/Affiliate Accounting, AP &Tax at the Procter and Gamble between August 2007 to May 2011.

While in the saddle as the Commissioner for Finance in Oyo state, he introduced a number of brilliant, forward-thinking, revenue-boosting and cost-saving reforms that pushed up the Internally Generated Revenue (IGR) of the state, plugged financial leakages, introduced best financial practices and general financial turnaround among other innovations. Mr. Adedeji , a Fellow of Chartered Accountant (FCA) is also a member of the Institute of Chartered Accountants of Nigeria (ICAN) and member, Chartered Institute of Taxation of Nigeria (CITN).

He has attended trainings and participated in several executive programmes centered on leadership, capacity building and development, finance and accounting, policy and administration and stewardship in the United States of America, Philippines, South Africa, Belgium and Switzerland. Mr. Adedeji once served as the Chairman, Governing Board, Abubakar Tafawa Balewa University Teaching Hospital, Bauchi state.

Here’s wishing our dear friend the very best on the occasion of his birthday anniversary. May life be kind, pleasurable, seamless and fair to him. Here’s also wishing you more years of impactful service to Nigeria and humanity in general.