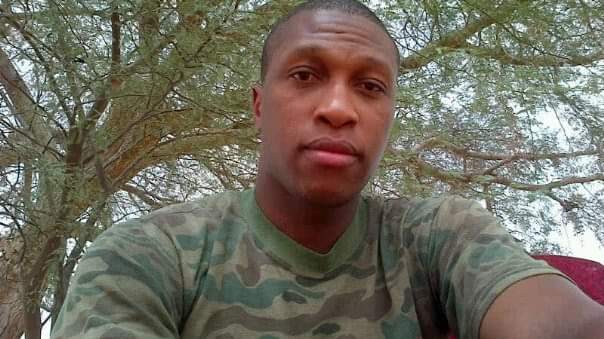 We reported for training three weeks earlier than our army colleagues. I was alone in Room A29 eagerly waiting for my new room mates , and imagining who they would be. I suddenly heard a loud bang at the door, Cadet D Bala hopped in and dropped his luggage after the warm reception he had from the prep wingers. He immediately removed a packaged nylon with his garri concoction popularly referred to as ‘gbowe’. He quickly chewed and swallowed, then I gave him water. He introduced himself as Dennis Bala from Jos. From his actions, I felt he must have had ‘wala’ before he came.

Then came the next cadet looking so tired and exhausted, farmished and feeling rejected. He dropped his bag as if it wasn’t his, felled heavily on the bed , panting and muttering all sorts of regrettable words. The first question he asked me was “can I get some sugar please?”. I gave him my pack of sugar , he quickly diluted some cubes in a cup of water and drank as fast as he could and hardly had his back touched the mattress, that the dreaded shout of “all army cadets muster parade ground” came aloud. The two left hurriedly and that was the last I saw of them that night. Early in the morning the next day I had the chance of meeting my second room mate. He was tall , fair and feeble, he was Cadet UG Ekong.

A gentleman who seemed weak at first, with determination he grew up day by day to a become a gallant and cracked course mate. So strong he became that he crossed the obstacle with a stretcher on his back. He was really intelligent, he did well during exercises and the stressful and demanding nature of training never stopped him from studying. He was an anchor during exams because he never disappointed. Whenever I woke up in the night and saw him studying, I always wished I had that strength.

We had some memorable moments together. He had pictures of his girlfriend and other collections. “she won’t be bad to cross the sword” we always told him. He always smiled and reserved his comments. When we passed out from training and went on a two weeks break, we spoke on phone and he told me he was posted to Yobe. With euphoria, we discussed about some of the moments we shared. I told him I was posted to Lagos from PH. We talked from time to time.

Then came the 25th of October. I couldn’t post my regular bbm morning broadcast message. I was so engaged. I sat down for the routine BP check in office. On completion, I scrolled down my phone and saw Lt Bala’s ping. It read thus “rooms UG Ekong is dead”. “God!” I shouted . I quickly checked my recent updates and my ‘rooms’ picture was flying everywhere, it wasn’t his birthday, it wasn’t his promotion , it wasn’t his wedding notification….. UG Ekong’s name was preceeded by RIP. I couldn’t hold the tears as I quickly revisited those memorable days. Hmmm! It was real. His earthly chapter had closed abruptly while serving his fatherland and doing what he had passion for.

A gem has been lost, a brother and friend has been promoted to the great beyond. The Armed Forces have yet again lost another gallant officer and gentleman. A brain has been wasted by the dreaded insurgents .Words cannot adequately express our pains over your demise, we shall not relent in the fight, we shall keep marching on, till we achieve the objectives you had in sight. You came, you saw and you conquered. You died gallantly at the field, a hero.

‘Rooms’ , I know death is inevitable but I never thought of it coming this early. These were the last words I ever thought I would write about you. I love you and I wish I will wake up and see you lying in your mosquito net, on your bed next to mine, just as it was during our days at the NDA.

God be with you till we meet again….,…