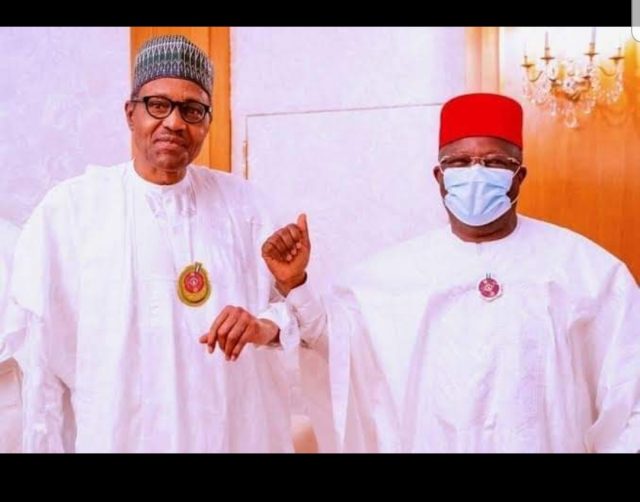 Umahi said this in Abakaliki when he inaugurated several projects executed by the National Obstetric Fistula Centre (NOFIC) Abakaliki.

The governor said that Buhari has done a lot for the country.

“Every sincere leader will tell you the burden of leadership at this present challenging period.

“Most developed countries are presently experiencing recession, but Nigeria experienced it on two occasions and is still standing,” he said.

He described Buhari as a committed, sincere and humble leader who has never asked anyone to fight his enemies for his sake.

“He has not asked anyone to rig election for him and if others will not commend him publicly, I will.

“Ebonyi has come to be under his administration and in spite of what some people say, I know where we were before this period,” he said.

Umahi commended the medical director of NOFIC, over the monumental projects, saying that the center’s management also shared in the plaudit.

“I am impressed with the concrete roads you constructed and adopting our concrete road technology shows you like us.

“You also imbibed our philosophy of using little funds to achieve great works and I can assist in installing an oxygen plant at the centre,” he said.

He pledged to lay the foundation stone of the new Ebonyi University Teaching Hospital in February which would be developed by his successor.

The Minister of State for Health, Mr Joseph Ekumankama commended NOFIC management for the projects.

Ekumankama said that the ministry would collaborate with the state government to improve healthcare access to the people.

“This will be through improved budgetary provisions, federal government’s intervention and support from international agencies,” he said.

Prof. Johnson Obuna, the Medical Director, NOFIC thanked the governor and the minister for the inauguration, saying that it will motivate its management and staff.