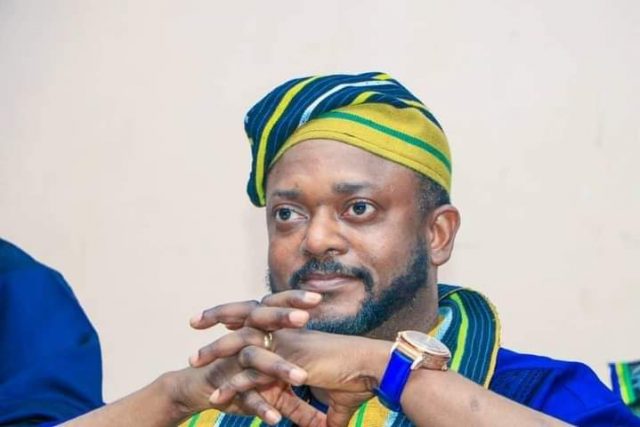 From afar , he appears distant and tough , get close to him, you will find a meekly, effervescent and godly man. Two things Chief Edward Onoja won’t joke with; sickness and scholarship! He can empty his account to fund the hospital bill of a sick person caught in the jerky situation of want. I am a living testimony of how he has used his money and good heart to save people from the grip of death.

My friend and brother Hon Ayofa Omonu was at the verge of death, his people had given up on him as they await the worst. It was a tensed reality as a budding icon laid in waiting for his end. Edward got wind of Ayofa’s condition and pronto! He had organized the man be moved to Abuja, at the hospital, doctors saw the helplessness of Ayofa and advised we take him home to rest in peace but Edward won’t have it. He pushed and by the count of three nights, Ayofa that was in oblivion and written off was back to life and could muster the strength to ask where he was! Again, this man was around to see another man breathes another life.

Highly misunderstood but in this man, I find real compassion and the real definition of mentoring. Go to Kogi and see a new generation of young people empowered to full leadership and educational capacity. He harvests people who share no affinity with him and put them up for greatness. I have lost counts of the men and women he has empowered -of course not with just money but the tools of survival. He is a man not contented with personal aspirations but the nagging desire to see others measure up on the same podium of life with him. A selfless man with the yearning desire to have a world of equal opportunities.

His life is a template of what real struggle is, he didn’t happen by accident, he followed through the roughy ridges of life. His feet had been severed by the thorns of life, his body burnt by the ray of the sun and almost drowned by the flood of life. In all of these, he pushed on to be where he is. For whatever and whoever he is today, is to the toils of yesterday. He struggled through the bumpy fields of life to be where he is today. This man paid his way as a barber to foot some of his bills in school, he borrowed the suit he wore to his first job interview, he squatted with a friend to have a shelter over his head! Yes, know the story of a man before you write your verdict on him.

The Life of Edward Onoja is coined in the mystery of providence that may look weird, sometimes mysterious to ordinary eyes. To cynic prism, he is a beneficiary of occult powers –if not, why should every trace of his life be defined in telepathic sequence; for everything he said, for every event he predicted, all come back in exact realities. He could read and interpret thoughts and give insight into events. We saw it when he propped his friend and twin brother, Yahaya Bello into venturing into the political uncertainty of Kogi State Gubernatorial race in 2015. His stints into public and private ventures are synchronized references of his clairvoyant existence. Is Edward a mystery or simply a child born to coincidence?

On the occasion of your 46th birthday, I join millions to celebrate you as my brother, friend, Deputy Governor of my state, pride of Olamaboro and that torchlight for the new generation of young leaders. I am proud of your story, fascinated by your dispositions and captivated by your selfless life. Happy Birthday Olimene Igala, Commander of the Igala Kingdom, Omamaya Igala, Araga 1 , Oma Amodu David Onoja Amedugu Emonnyoku of Ogugu.