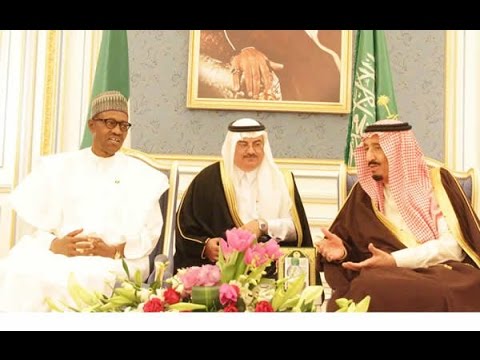 Daily you received from your priests and other conspiracy theorists the communion “Buhari wants to Islamize this country” which has been on the shelf and a selling point since 2003. Without wearing any thinking cap you get apprehensive and begin to generate a self-induced bile, hate, scorn, contempt, and disdain for a Creed, nation, and mankind; God’s creation.

Let me not bore you with the political possibilities of whether or not this propaganda will scale through when subjected to the law mill of our National Assembly. This is predicated on the assumption you’re very familiar with the Constitutional review process.

Away from the legal angle, let’s take a brief excursion into how you, I mean you and your religion (especially Christians) will one day through their sustained social, cultural and ‘religious’ actions which predate today will eventually Islamized Nigeria.

It is common knowledge and practice amongst Christians today that getting married by a young man or a widower required a huge financial implication. This does not insulate any geographical area. From the bride price, traditional requirements, gears, venue, decoration and refreshments, plans are tailored towards a conservative budget of over seven hundred thousand naira. This bill is for the poorest Nigerian Christian whose take-home income oscillates between fifty to eighty thousand naira monthly. In fact, some family technically hides under paucity of funds and press it on the young groom to combine both traditional and church wedding. In some cases, wedding budget is in the realm of millions.

The export of this is young able men of marriage age gets discouraged by these huge financial requirements. In addition, most Christian parents seem enveloped in the glitz and glamour of what white wedding comes with and would not want a ‘quite’ one for their wards.

This thinking is killing the market enterprise. As a result, there are more and more unmarried Christian adults in their thirties and forties roaming the streets with no date or intention of marriage.

Again, Christian parents and young men attitudes towards widows or a divorced woman need to with the speed of light change. For instance, it’s unheard-of for a young Christian man to contemplate marrying a widow not to mention a divorcee.

If we really need to shore up the Christian population, these class of women will need to be factored in this equation. Compare this scenario with the ease at which marriage is consummated in Islam and the normalcy in marrying a widow or a divorcee.

While Christians have been wired into believing and living a life of one wife, one husband, the danger that awaits those who fear ‘religious’ eclipse someday is those who practice polygamy will have more children than those who practice monogamous family heritage ceteris paribus. Need I say population is key in tilting any balance?

If population is central to wealth distribution and tilting balance, then someday what some people fear the most may happen. In addition to the above, delay in getting married translates to delay in childbearing this is aside from the attendant health challenges an aged woman who has not given birth before will encounter. This delay as well limits the number of children to be born.

In addition, even those who married ‘early’ have a mental picture of how many children they want. This is increasing the chances of a possibility that someday this country may be Islamized. Now compare this delay and other issues raised, juxtaposed that with how Muslims encouraged faithful, you’ll then begin to get a clearer portrait.

While Muslims are daily increasing their human production quota, Christians are holding on to certain principles; ‘religious’, cultural or social that clearly is slowing down their population growth rate. The church in Nigeria should see, admit and address this glaring imbalance and not be pointing a finger to an innocent man.