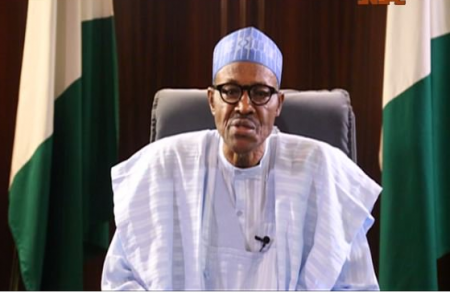 The Nigerian social mediascape is one so unique, an interesting one with a peculiar depth of inanities that reaches to the high heavens. When the news of the President calling her youth “lazy” broke out into the media, it was again the perfect opportunity for a pathologically desperate generation to once again display their idleness, latching on to delusions, giving credence to exactly the same things they were called: lazy and jobless. Memes, wall arts and the usual accompaniments trended on social media with the virality of a plague, interestingly even those who have only profiteth from others’ sweats and aids, and never worked for a thing or kobo in their entire human existence went on rampage too, how ludicrous! The perfect moment for illiterates who can’t tell where “lazy” is found in the dictionary talk more defining it to condemn the presidency.

You see, I have never fancied President Buhari an orator or a grammarian nor will any intelligent person whether young or old learned of the President’s antecedence regard him a diplomat, and whether he is improving or not, it shouldn’t come surprising, maybe baffling that the President uttered those words which he actually didn’t, but once again we by our reactions have only succeeded in showing ourselves as grossly irresponsible to the entire community of nations and the unruly outbursts presenting us only as a generation of wailers, all bark no bite. There is an over all sense of entitlement I have observe amongst Nigerian youths, we assumed that because we went through one form of schooling or the other we should have jobs, cars, houses, even handsome husbands; and unfortunately our poisoned sense of entitlement has not only left us despicable, it’s caused us acute mental paralysis for to say “laziness” is an understatement.

I discovered that an 80% of those who were wailing, for lack of a more dignifying word, of what was said to be the president’s “misyarn” never actually watched the speech in particular and were only under the bandwagon effect of the majority. They are the ones too lazy, too unbereanic to ascertain the veracity of any information they see in the media, they in their bid to “feel among” latch on to delusions and only end up resounding their own folly instead. Of the remaining 20% who actually did watch the interview, many lacked contextual understanding or content-context balancing. But would I have been surprised at our dastard acts? No! For such silliness dates back to even the time of our Lord Jesus Christ, when a multitude who never understood what was going on or the setup played by the Pharisees began to shout kill him! Kill him! Kill him! as opposed to the hoodlum whose rascality was a threat to the community.

It’s interesting to note is my observation that those who are indeed diligent with their work and business never actually got angry nor anyway perturbed by the President’s statement, they simply never took it to heart because one man’s opinion of them doesn’t define them, and that the President’s mention of those who sit idle doesn’t include them; it is perhaps therefore the truly lazy and idle ones who have taken to ranting on social media even when the President never mentioned the word “lazy”, for all he did was affirm a statement of fact and whether it’s done diplomatically or not; or whether said on an international forum or not, doesn’t change that simple fact! Watching the President’s address at the Commonwealth Business Forum and the media drama that has ensued afterwards, I’ve come to conclude that Nigerian youths are not just lazy, we are easily spiked by mundanity while abandoning our necessities; we have developed a coping mechanism of shying away from our actual problems to massaging our egos with emptiness and if that doesn’t define laziness enough, then we are simply impotent.