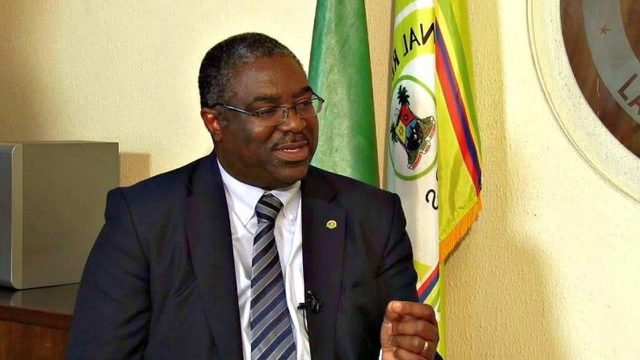 FIRS AND THE REVOLUTION IN TAX ADMINISTRATION

The Federal Inland Revenue Service since its creation has been at the forefront of the drive to reduce Nigeria’s dependency on a single source of revenue for the federation through taxation. This drive to diversify the economy of Nigeria has assumed pronounced importance under the administration of President MuhammaduBuhari. Under this administration, the gradual transformation of the character of the Nigeria economy, from one which is highly dependent on crude oil for revenue to a robust economy that can absolve the shock arising from the volatility of global oil prices has being intensified. This is partly due to the fact that the global oil market tends to be volatile in nature and mostly due to the imperative of arresting the monocultural tendency of the country’s economy.

Under the stewardship of Dr. Babatunde Fowler, the Federal Inland Service (FIRS) has religiously keyed into the Federal Government Diversification agenda. Since his nomination by the President, and subsequent confirmation of his appointment has the chairman of FIRS by the Senate, Dr. Babatunde Fowler has made giant strides in overhauling the once comatose tax administration of Nigeria.  Before the inception of Dr. Babatunde Fowler led FIRS, the agency generated 3.7 trillion Naira out of his estimated target of 4.5 trillion naira for 2015. From 2012 to late 2014 the global oil crude was sold on an average of 100.19 to 108.7 USD per barrel. Even worst, in 2015, the acting executive chairman of the agency Mr. Sunday Ogungbesa, stated regrettably that, why there were 450.000 registered companies in the country about 125 were actually contributing taxes. The Corporate Affairs Commission (CAC) stated only recently that, there are just 2.5 million tax-registered corporates while there are 30 million on the list of the Corporate Affairs Commission. FIRS under his leadership has rolled out tax policies and programs aimed at revolutionizing the tax system in Nigeria. One of such policy worth mentioning is the Voluntary Assets and Income Declaration scheme (VAIDs) which was launched on June 29, 2017 by the vice president with the aim of encouraging Nigerians to honestly declare their assets and pay their taxes appropriately between the periods of July 1st, 2017 to March 31st, 2018. It is worth noting that this scheme in the first four months that its lunch raked in 50 million Dollars and the Government have recovered about 30 billion from individual and corporate establishment through the tax amnesty scheme. Within this period, the national taxpayers’ database has increased from 14 million in 2006 to 19 million in 2018 with the hope that such positive numbers would translate into positive growth in Nigeria Tax Revenue to GDP ratio. This was achieved by strengthening the existing tax laws that were usually characterized by known compliance, setting up mechanisms that will reduce if not completely eliminate the prospect of individual and companies evading taxes and also arresting the challenge of illicit financial cash movement within the country.

Dr. Babatunde Fowler led FIRS has identified an explored ICT to enhance efficiency and transparency in tax collection by its adoption of the revolutionary six online tax solution. With the introduction of this scheme, payment of taxes has never been this easy. This new six E- solution to tax payment in the words of the FIRS boss, “ is a revolution in tax administration that combines innovation, convenience, and transparency”. With this online solution, notification of payment will be automatically sent to the payer 24 hours after any tax payment. “The ICT solution which we are bringing to the doorstep of taxpayers will ensure that taxpayers could pay, get a receipt, and get the tax clearance certificate (TCC) from the comfort of their homes and offices anytime, anywhere in the world and round the clock”. In the view of the chairman of FIRS, the downward trend experienced in the country’s oil revenue has made it abundantly clear that “ taxation is the most sustainable of all government revenue sources”.

In 2017, the agency achieved a target of 4 trillion naira as tax revenue in the week of dwindling global price of oil. That notwithstanding more effort needs to be put in place in improving the country tax to GDP ratio which financial experts have described as one of the poorest in Africa. The figure stands at 6 percent which is significantly lower in a relative term to that of Ghana at 16 percent, Morocco at 22 percent and South-Africa at 27 percent respectively.  In as much as the Federal Inland Revenue Service under the leadership of Dr. Babatunde Fowler has done remarkably well in reforming the system of tax in Nigeria, efforts need to be put in place to continually sensitize citizens on the imperative of paying taxes. The agency must channel more effort in curbing the poor tax compliance culture of Nigerians, over taxation arising from duplication of tax function by each level of government to better position the agency for greater efficiency and effectiveness.