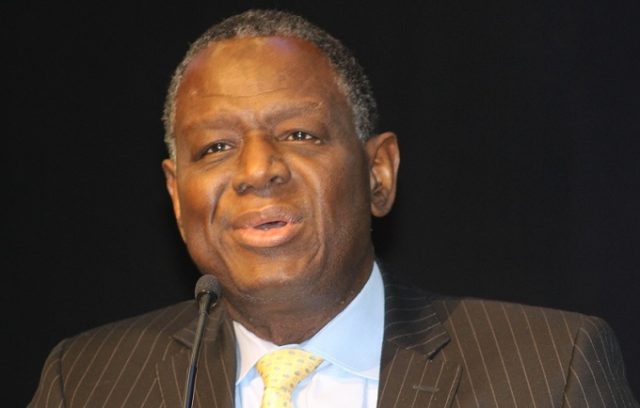 It was about a year ago, on June 4, 2017. Torrent of anguish and grief surged from the bottomless pit of sorrow and took over both the social media platforms and terrestrial spheres. It was the day Professor Babatunde Osotimehin, that brilliant and humane physician, that internationally renowned humanitarian, that former Minister of Health who laid solid foundation for the wellbeing of Nigerians, that man who brought finesse and professional panache to the administration of the National Agency for the Control of AIDs (NACA), and that teachers who raised many generations of health professionals, took a bow and transited to the great beyond. It was like a bang, a bombshell. No expectation, no signal, no inklings. It was too sudden to be true.

Professor Babatunde Osotimehin was a name to behold, but the man as known today is an episode in the page of human history. It may be a vain venture for one to try planting a tree where grasses do not grow. But here, we have a man who has grown whole forest of change in a field where change is conservatively static and social order is defined by primordial identity. His compromise in life went beyond the fear of the unknown, rose above the conception of divinity and sometimes flowed in the opposite direction of popular culture.

The story of Babatunde Osotimehin is that of prolific creative achievement, versatility and resourcefulness coated in absolute wonders and admirations. How else can you describe the life of this man who in the unquenchable thirst for experience become a mark in global champion of maternal health, reproductive, HIV/AIDS? In calculated strides, this man combined sheer determination with natural intelligence to carve a niche for himself in the circle of global builders

Saddened by the consequences of avoidable deaths in Nigeria as precipitated by the incidence of HIV/AIDS, the man deprived his body to satisfy his mind and the result was the eventual halt of a menace that was at the verge of wiping out generations. In the search for knowledge and in the practice of wisdom he faced the challenges of unusual contradictions, common only to those who seek the truth in form and order, drawing analysis on the way things appear and the way they really are. The character he bore in high value did not hang on him on temporary contest, but dwelled in him on permanent contract.

In the purity of his thoughts, the freedom of his imagination and the vindication of his conscience he found great fulfillment that transcended beyond mere judgment of material evaluation. To him, success does not lie in the judgment of the eyes but in the contentment of the soul. To a king who acquires much, same to a servant who has naught. He considers happiness as the soul of achievement, this he found in the dawn of his aspirations when the light of fulfillment illuminated the path of his dream.

Professor Osotimehin believed that knowledge is the fortress that protects mankind from the tyranny of ignorance, and ignorance is the dagger that pierces the soul of truth. He fought for freedom, by adequately equipping himself with vast knowledge and experience. Through him, many had encounter with liberty, either liberty from the grips of killer diseases, poverty, discrimination or vulnerability. He deployed knowledge, science and sound intellectual acumen to disarm the tyranny of ignorance that was suffocating humanity and plunging it to an abyss of pain and agony. When the reality of HIV/AIDs was staring at us as a nation, he gave hope to those who were living with the virus. Today, his templates, policies, theories and postulations and his framework are still in use today.

Professor Osotimehin employed scientific approach in addressing challenges that confronted humanity. He prevented wastages and entrenched the culture of frugality in the utilisation of scarce resources. With him at the helms of affairs, whether as the Director General of NACA, Minister of Health or as the Executive Director of the United Nations Population Fund, there was no misuse of public resources as he dispensed knowledge, common sense, and wisdom derived from his rich background in medical practice, research, humanitarian works and administration.

As a scientist with enviable pedigree and an intellectual octopus, he knew the import of data and favoured evidence-based decisions. He deployed scientific approaches to achieve military precision in his policy formulation and implementation. He loathed the uncertainty of guess work and detested groping in the dark without direction. His impeccable love for data and evidence as precursor to policy stood him out among his peers. No wonder, like an iroko tree, he was unique, distinguished and stood tall within the firmament of forest of life.

In life and in death, Professor Osotimehin had a lot to teach us. In life, he taught us that the road to greatness is dangerously slippery; it is laced with bends and curves. But with patience, perseverance, hard-work and diligence, every rough edge can be smoothened and corners can be straightened. His life taught us that even if the whole world stands on our shoulder, the innate content of our being should precipitate humility rather than pride, arrogance and scorn for those who are not gifted, blessed or privileged to be like us. He taught that life is not about the number of laurels won, certificates acquired and wealth amassed. His life exemplified sacrifice, love and humane disposition for others, whether those who were lowly placed or those who occupied royal status like him. His death on the other hand is a reminder that life itself is short and fleeting, but those who use it to propagate love, joy and laughter enjoy the rare privilege of immortality.

His life signified that there are those who will definitely cheat the goddess of death. Even though their souls transit and evaporate, their deeds would stay behind to comfort the living and to provide emotional fragrance to the world they have left behind. Can a man whose good deeds are boldly etched on the walls of people’s hearts be said to have died? Can a development pantheon that provided pathways for the survival of future generations be said to have died? Professor Osotimehin is not dead; he only changed the form of his existence.

He may not be with us physically, but the fond memories of a man whose gigantic size and accomplishment created deep sense of awe among his peers, remain with us. Professor Osotimehin touched lives and made the world better than he met it. His accomplishments were unbeatable and profound, with far-reaching impact on the generality of Nigerian populace.

Oh death, it is true that you have snatched Professor Osotimehin from us, the last one year of his painful exit and untimely transition shows that it was only his body that was taken away. He is still with us and will continue to be with us till eternity and that is why we believe that his transition means living forever.